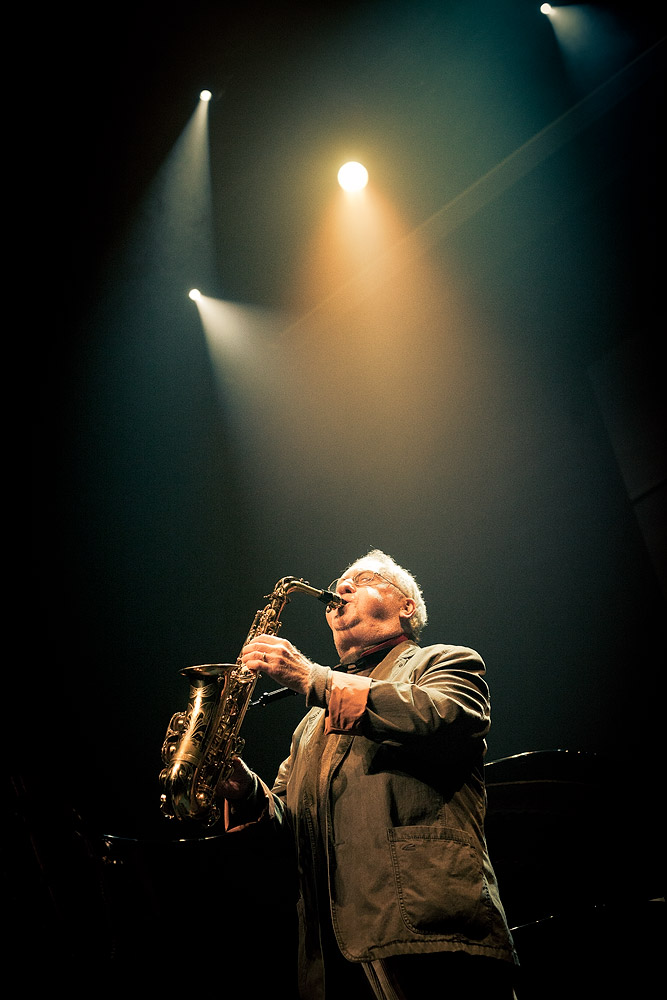 slideshow
Lesson No. 1 From a Master of Improvisation: Never Repeat Yourself The alto saxophonist Lee Konitz performed with the ensemble Minsarah at the Village Vanguard on Tuesday, his first engagement there since 1983.

Lee Konitz played his first line for laughs at the Village Vanguard on Tuesday night. The band had just conferred backstage, he said, sidling up to the microphone, and we decided we werent going to play anything we know. Of course that wasnt really the case the set ended up consisting mainly of familiar standards but as he lifted his alto saxophone to his lips, the promise buried in the joke felt tangible enough. His unaccompanied prelude gave the impression of an interior monologue full of open-ended questions.

For reasons that no one seems able to explain precisely, Mr. Konitz is headlining at the Vanguard this week for the first time since 1983. (Both he and the clubs owner, Lorraine Gordon, tried to account for the lapse with deflective humor.) Mr. Konitz, 81, is taking the opportunity to present two ensembles, each composed of responsive younger players.

During the first half of the run, through Thursday, his cohort includes the German pianist Florian Weber, the American bassist Jeff Denson and the Israeli drummer Ziv Ravitz. As a trio these musicians perform under the name Minsarah. As a rhythm section they have recent experience with Mr. Konitz, appearing throughout his album Deep Lee, which was released last year on Enja.