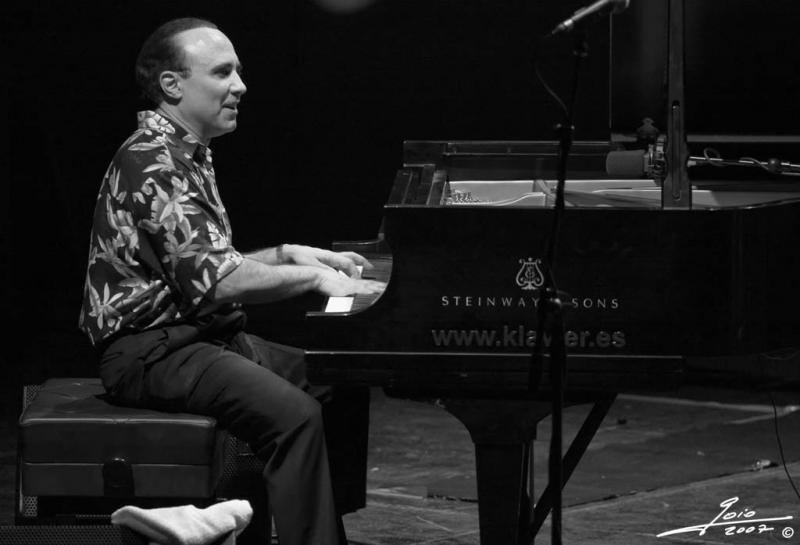 The first great era occurred from the 1930s through the 1950s, with “Chano Pozo, Mario Bauza, Juan Tizol with Duke Ellington, Ray Baretto playing with Charlie Parker, Candido, and Dizzy Gillespie, of course,” says Camilo, 53, who lives in Bedford, N.Y. with his family.

For the last 40 or so years, Latin Jazz musicians have been experimenting with different forms and rhythms.

“We’re exploring new beats and new claves,” he says. “My generation extrapolated the 2-3 and 3-2 clave and started writing Latin Jazz in different meters.”

This new sound can be found on the song “Rumba Pa’Ti” on his latest trio CD, “Mano A Mano.” And Camilo and his rhythms arrive at the Lehman Center in the Bronx on Saturday, Sept. 15. Camilo’s bravura style of performance and writing combines American jazz and Latin grooves with an underpinning of European classical. He moved to New York in 1979 after 12 years of studying classical music in his native Dominican Republic.

He continued his music and composition studies at Juilliard and the Mannes College of Music, paying for his education by performing in Bob Fosse’s “Dancin’” on Broadway. Work with Tito Puente, Tania Maria and Paquito D'Rivera followed.