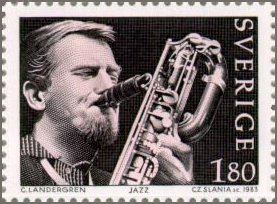 A week with concerts and talks based on the internationally well known jazz musician Lars Gullin. He was born in Sanda railway station on the island Gotland, Sweden in 1928 and in the very same house an exhibition on his life and music will open in the summer of 2011. Responsible for the museum and the week is Sanda Hembygdsförening in Gotland.

The week begins with the opening of the new Lars Gullin museum in Sanda railway station 1500. Speaker at the ceremony is Mailis Gullin, Lars Gullin's widow. Music, mingle, coffee and a cozy jazz atmosphere. Everybody is welcome.

Erik Gadd remembers his time as Lars Gullin's first bassist. An evening for conversation in the new museum. Coffee is served. 1900.