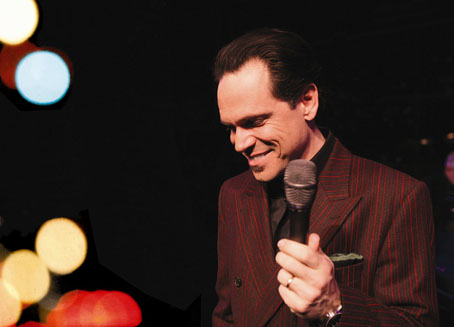 The New York Times declared Elling “the standout male vocalist of our time," and for each of the past twelve years Elling has been DownBeat's Critic's Poll “Male Jazz Vocalist of the Year." His repertoire of original songs and interpretations of popular standards are performed with an emotional depth and astounding technique.

“Since the mid-1990s, no singer in jazz has been as daring, dynamic or interesting as Kurt Elling," said The Washington Post, a notion Elling continues to celebrate with the announcement of this noteworthy run. Scandinavia's distinguished ensemble, The Klüvers Big Band under the direction of Jens Klüvers, was featured this past summer at the renowned North Sea Jazz Festival and this is their New York City debut. “It was an honor performing with the great Klüvers ensemble in Europe this summer," said Elling. “I am delighted to introduce them to a New York City audience."

Elling's latest album, “The Gate," produced by the legendary Don Was (The Rolling Stones, Bonnie Raitt, Bob Dylan), features inspired interpretations of songs by The Beatles, Herbie Hancock, Miles Davis, and Stevie Wonder—many of which will be performed during this engagement. Elling is currently working on his next project, “1619 Broadway," a tribute to the Brill Building, the most historic music address in the world.