Riker's compositional and playing style are greatly influenced by his work in the fields of Neo-Soul, R&B, Gospel & Hip-Hop with artists such as The Roots, John Legend, Mary J Blige, Jill Scott & Erykah Badu. However, don't think that this group held back in the studio! This raw, exposed, upfront performance is played as if they were sweating out the selections live at the club.

What we are left with is an honest record from a honest saxophonist sharing his unique voice in the field. With a well rounded album supported by an all-star group, this record is one worth checking out! 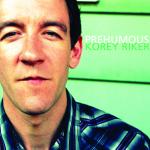