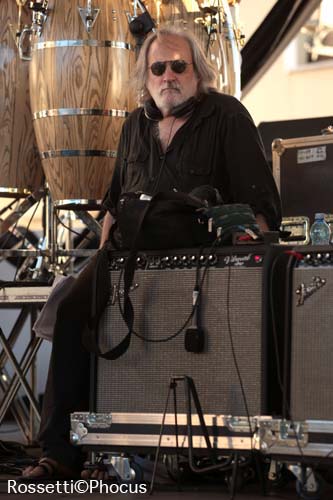 slideshow
An Icon for the Iconoclasts, legendary producer Kip Hanrahan is planning a new release for October 2015 on his label, american clavé, which released its first album in 1980.

Like the rest of his label american clavé’s catalogue, this record will be, as The Independent (London), has said “...rich beyond compare.” Hanrahan’s music has been described by the New York Times, “There is nothing quite like Mr. Hanrahan’s music—a steamy blend of rhythmic and melodic tensions, drawn from musicians of different traditions, …yet with something very much his own.” This is Kip’s first time in the studio in five years, following up 2011’s At Home in Anger which was released in partnership with Enja/Yellowbird.

Unlike his previous releases, this one is being funded entirely by an INDIEGOGO “crowdsourcing” campaign, and will be released independently by american clavé, in digital and CD formats. The campaign, launched and managed directly by Kip and his daughter Leijia, includes not only the options for supporters to pre-order the album, but also to have access to unreleased studio and live tapes, visits to the studio sessions, and even claim an Executive Producer credit on the album.

Hanrahan contends that crowdsourcing is “not busking—we’re not just passing around the hat to raise the necessary money, we’re asking long term fans, recent fans, and curious or driven new listeners to be partners. We’re inviting listeners to be engaged from the very beginning as partners without whom this project would not be possible.” He describes this desired directness between the listener and the musicians as, actually, “something pretty wonderful, no?”

The INDIEGOGO campaign seeks to raise $40,000, which Hanarahan admits is ambitious, “please understand that the reason the budget’s a little higher than most of the other music crowdsourcing drives is that we, as always, will be recording in real studios - with REAL NEVE boards, and the right mikes and outboard - and will be mastered in a real (REAL) mastering studio, with Greg Calbi, the BEST. It’s the reasons american clavé records always SOUND so special, as special as the music itself is.”