SOURCE: ALL ABOUT JAZZ PUBLICITY
February 18, 2016
Sign in to view read count

The Jazz Residency program demonstrates our commitment to nurturing jazz in our community and positioning Philadelphia as a hub for the continued revitalization of this timeless genre. —Anne Ewers 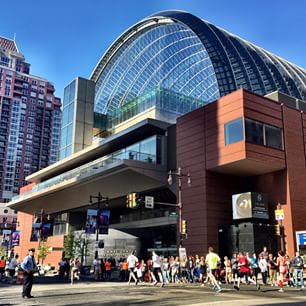 The Kimmel Center for the Performing Arts has announced the 2015–16 Season Jazz Residency Artists; individuals whose involvement in this prestigious program will result in World Premieres in June 2016 at the Kimmel Center’s SEI Innovation Studio. An esteemed panel of jazz experts reviewed 25 project applications and selected the following artists for this season’s residency: Kendrah Butler, composer and musician, and collaborating vocalist Shamika Byrd will present a project that will acknowledge the presence of Jazz and Faith of the African American experience, and Korey Riker, composer and producer, will write a collection of Jazz songs inspired by the Drum and Bass genre of EDM.

“The Jazz Residency program demonstrates our commitment to nurturing jazz in our community and positioning Philadelphia as a hub for the continued revitalization of this timeless genre,” said Anne Ewers, President and CEO of The Kimmel Center for the Performing Arts. “We are cultivating emerging pioneers in jazz by providing the time, resources and encouragement necessary to succeed.”

The distinguished panel of jazz experts who gathered in Philadelphia to help choose the residency artists included Kevin Struthers, Director of Jazz Programming at The Kennedy Center in Washington D.C.; Todd Stoll, Vice President of Education at Jazz at Lincoln Center in New York City; Eric Gould, Chair of Jazz Composition, Berklee College of Music in Boston; Aaron Flagg, Chair & Associate Director of Juilliard Jazz in New York City; and Jay Wahl, Artistic Director of the Kimmel Center of the Performing Arts in Philadelphia. Audience members will have the opportunity to observe the composition process for these works from public workshops and performances of the works while in progress, to their World Premieres in June 2016.

The schedule of performances is as follows:

KIMMEL CENTER FOR THE PERFORMING ARTS

Located in the heart of Center City, Philadelphia, The Kimmel Center’s mission is to operate a world-class performing arts center that engages and serves a broad audience through diverse programming, arts education, and community outreach. The Kimmel Center campus is comprised of the Kimmel Center for the Performing Arts (Verizon Hall, Perelman Theater, SEI Innovation Studio, and the Merck Arts Education Center), the Academy of Music (owned by the Philadelphia Orchestra Association), and the University of the Arts Merriam Theater. TD Bank, America’s Most Convenient Bank, is the season sponsor of The Kimmel Center’s 2015-2016 Season. American Airlines is the official airline of Broadway Philadelphia.