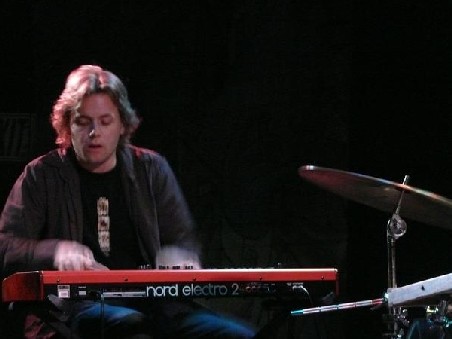 slideshow
At the turn of the decade, German-born pianist Matthias Bublath got organized at the Berklee College of Music in Boston, USA. After a free-wheeling stint in Linz, Austria, his musical education began in earnest, but it was also at Berklee that he took up the Hammond B3 organ. Since then the young pianist has become an enthusiastic organ specialist, using both instruments to develop his musical ideas.

Although he's a thoroughly proficient player, the range and richness of his compositional prowess is especially striking. Starting in 2006 he has released a CD every year featuring his own material. His debut, Matthias Bublath Band (Matthias Bublath, 2006), was split between his piano trio and his Hammond B3 band, while Second Angle (Matthias Bublath, 2008) was entirely devoted to the B3. In between, Latin Jazz (Matthias Bublath, 2007) was an excellent piano outing, featuring Latin and Afro/Cuban-inspired material. Voices (Downhill Music, 2009) is, perhaps, his best to date, enhanced by the veteran rhythm section of drummer Zach Danziger and bassist Tim Lefebvre, along with Ezra Brown's soulful sax.

AAJ Germany correspondent Alan Bryson spoke with Bublath about starting at a very young age, the compositional process and a background that ranges from classical to jazz, with no shortage of blues thrown in.

Check out Matthias Bublath: Getting Organized at AAJ today!