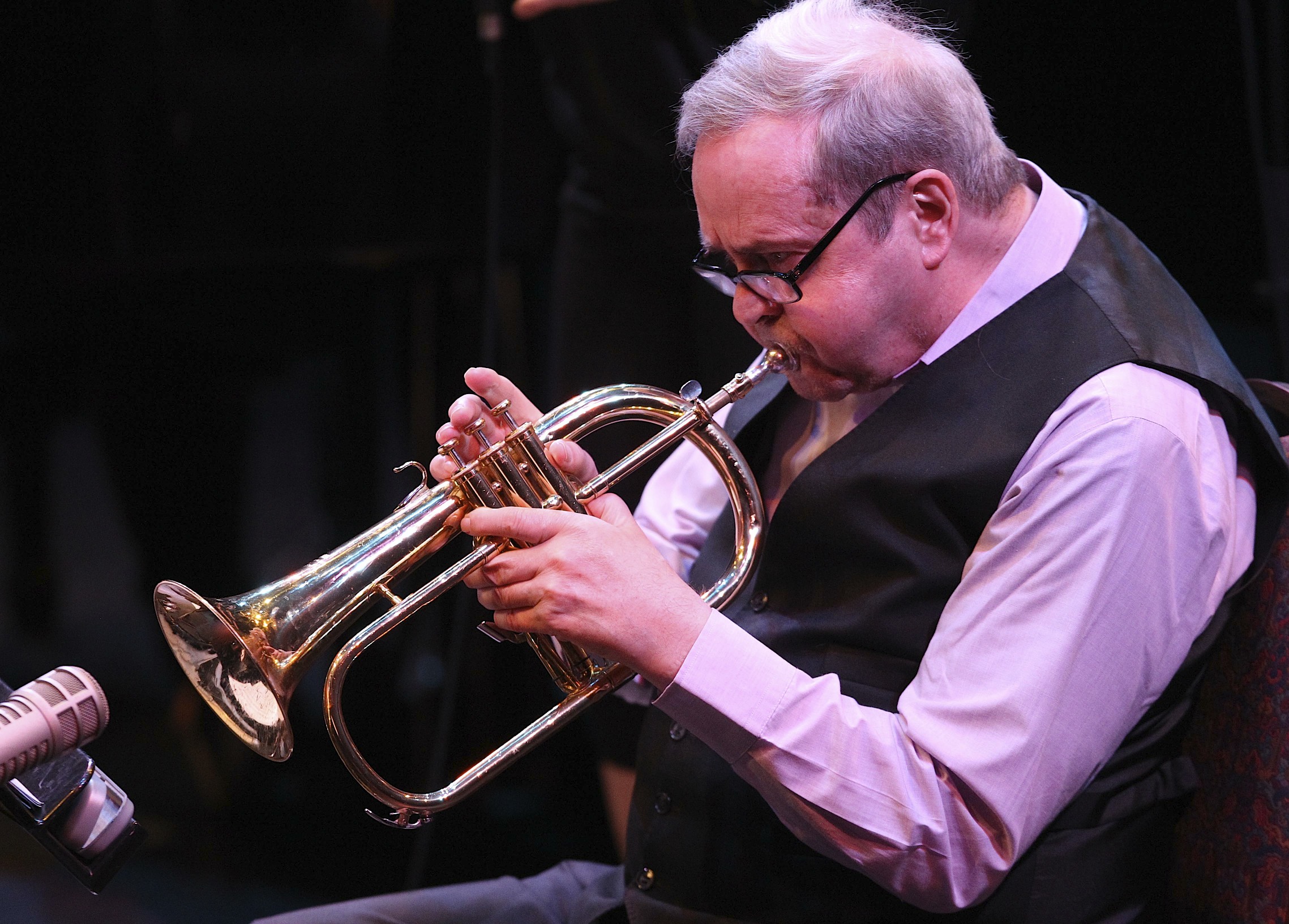 slideshow
Kenny Wheeler, a Canadian who became a towering figure in British music and an icon of jazz musicians around the world, has succumbed to a long illness. He was in a London nursing home for several months and was moved recently to the hospital where he died. He was 84.

Wheeler’s brilliance as a composer and arranger, dating from from the 1960s, came to be generally acknowledged fairly late in his career. From the 1968 suite based on Don Quixote that he wrote for the John Dankworth Orchestra, here is Wheeler’s “Don the Dreamer.” He is the flugelhorn soloist, with solos by Chris Pyne on trombone and Tony Roberts on tenor saxophone.

Wheeler was idolized early on by his contemporaries for his technical command of the trumpet and flugelhorn and for the musical and emotional content of his solos. He played his best known composition, “Everbody’s Song But My Own,” at the Tavazsi Festival in Budapest, Hungary, in 1992. His band, known as the Kenny Wheeler Group, included John Taylor, piano; Palle Danielsson, bass; John Abercbrombie, guitar; and Peter Erskine, drums. There is a 39-second stage pause following the festival announcer’s introduction. Taylor’s introductory choruses and the solos, particularly Wheeler’s on flugelhorn, are worth waiting for.