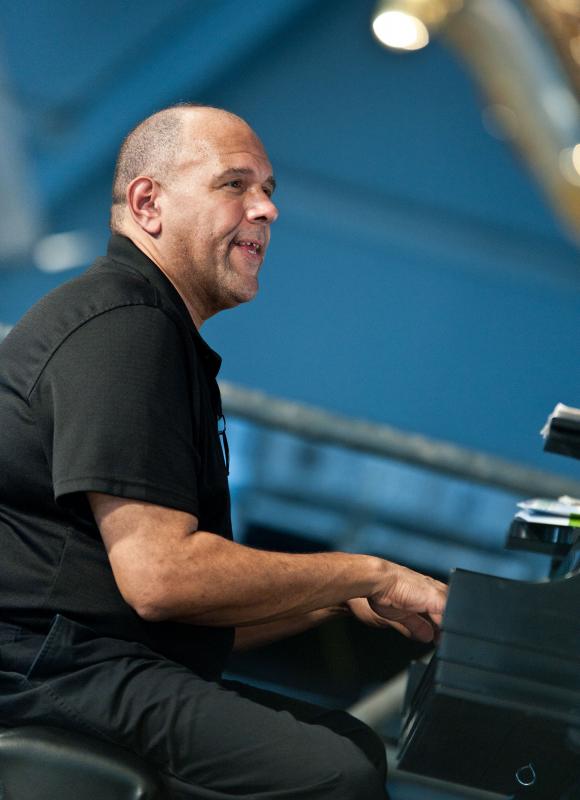 slideshow
Internationally-known jazz pianist Kenny Drew, Jr. will appear with Bruce Wallace and Tom Carabasi at the Venice Art Center Friday, October 19th from 2 to 4 PM in a concert presented by the South County Jazz Club. Drew, who is equally at home in the jazz and classical realms, is known for his hard-swinging bluesy sound and larger, two-handed rooty chords contrasting with fast runs. After winning the Great American Jazz Competition in Jacksonville, Florida in 1990, he played and recorded with Stanley Turrentine, Stanley Jordan, Smokey Robinson, the Mingus Big Band and the Carnegie Hall Jazz Band. He has recorded several albums and continues to perform around the world at clubs and major festivals.

Bassist Bruce Wallace is one of the most in-demand accompanists on the scene. He's at home with everything from sophisticated jazz to big band, having played for Jimmy Dorsey/Pied Pipers, Glen Miller/Buddy Morrow and others

The South County Jazz Club is proud to have an artist of Drew's caliber perform for its second concert of the season. Admission is $10.00 per person for non-members and $5.00 for members. Membership in the club is only $25.00 for a full year.