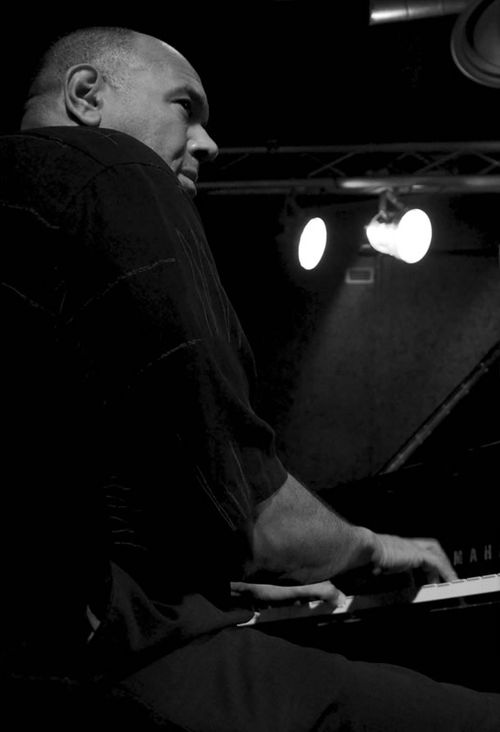 slideshow
Kenny Drew Jr., son of hard bop pianist Kenny Drew and an impeccable jazz pianist in his own right who could play with dashing swing, breathtaking control and lush romanticism, died on August 3. He was 56.

Drew, whose very name placed him in the shadow of his father and who died one day before his father passed away in August 1993, focused initially on classical and then pop before he began recording jazz in the late 1980s. Sitting at the piano with a resemblance to Tony Soprano, Drew was the anchor of any ensemble he was in and was both a teddy bear and an intimidating force as je unspooled the most beautiful chords and lines.

In recent years, Drew had become one of the finest pianists of his generation, exhibiting an astonishing technique and taste level. The fact that he wasn't better known or more widely celebrated is astonishing and enigmatic. One possible reason was his introverted nature and preference for remaining in St. Petersburg, Florida. Another is our changing culture, which has made earning a living increasingly difficult for jazz artists. Drew recent health problems certainly didn't help.

I, for one, deeply regret not seeking him out for an interview. For more information on Drew, go here and here, to George Colligan blog, Jazz Truth. The following clips will provide you with an introduction to Drew's work and magnificence:

Here's his original Weird Nightmare from Portraits of Mingus & Monk in 1994...

Here's Falling in Love With Love from Third Phase in 1989...

And here's Optimistic, with vocalist Lisa Casalino in May of this year...