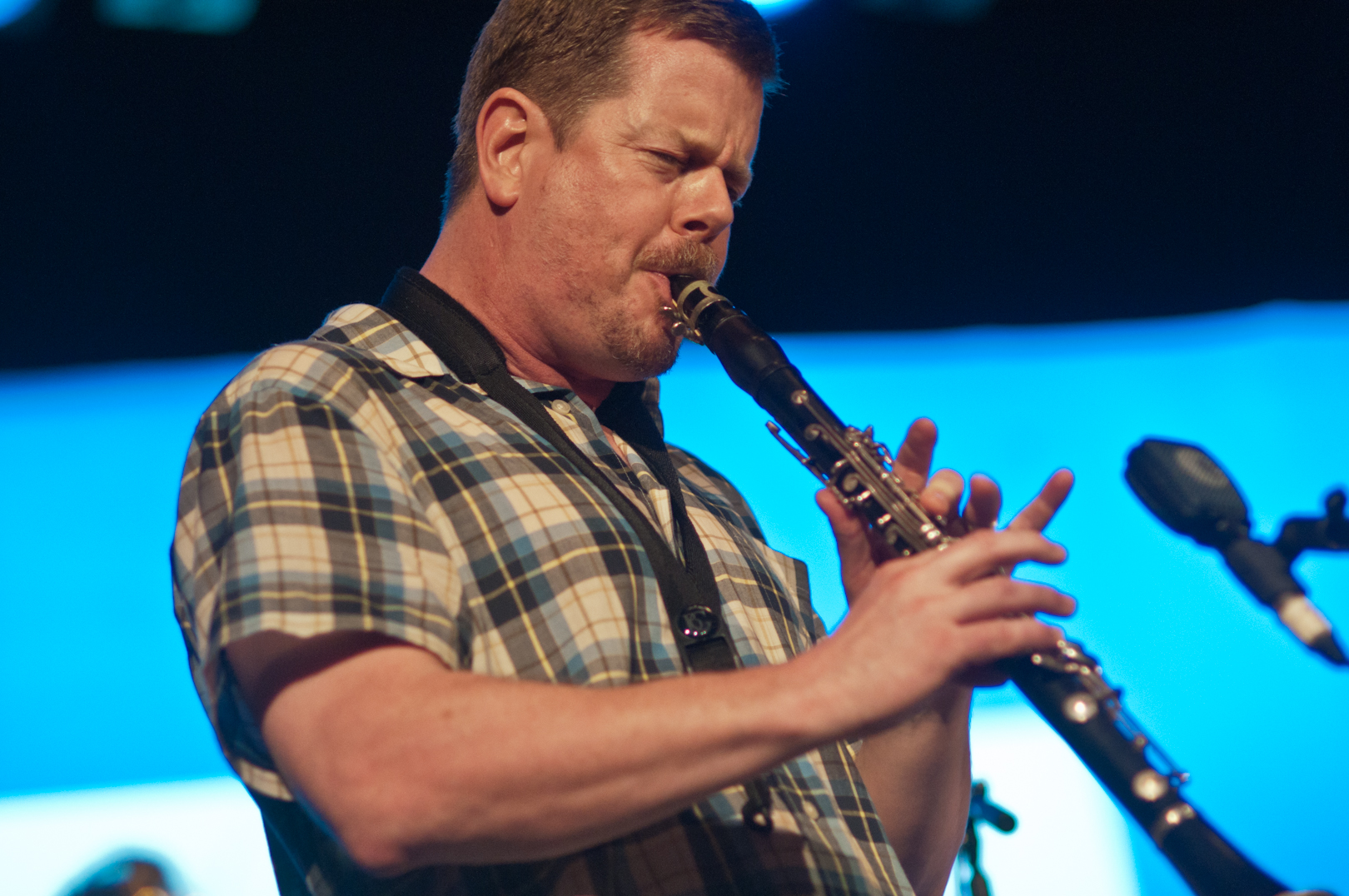 slideshow
If you think it's easy to make a solo woodwind improvisation album and keep it interesting, then you have an optimistic outlook on just about everything, I would think. It's you, your instrument and a microphone or two and that's it.

Ken Vandermark made such an album a few years ago. He perhaps ironically titled it Furniture Music (Okka Disk 12046). For those that don't know, “Furniture Music" was the name of a set of pieces Eric Satie composed for social situations where the music was to be a background to the convivial gathering of folks, their chatter, the tinkling of ice in cocktail glasses and the like. He was ironically adament that the music be ignored. The music was purposely banal and repetitious, but since it was Satie doing it it turned out that the music was really quite fascinating and a prophetic forerunner to what was later known as minimalism.

For Ken to call his solo reed recording by that title, he was applying a bit of modest irony to his own music. Like Satie's piece, this is not really background music at all, and in a way it was a comment on how difficult it could be to improvise on a single-line solo instrument for any length of time while retaining audience interest.

Vandermark's Furniture Music succeeds because he is a very creative cat. The bulk of the recording was made in the studio, but the final numbers are from a live date. Ken's strategy was to keep each segment relatively short, to vary the instrumentation, and to limit the tone production and sound qualities of each improvisation to certain parameters. So you get explosive pops as a sound event on the baritone sax, legato clarinet, boppish baritone phrases, squealing shrieks on the clarinet, subtones on the bass clarinet, and so on.

Needless to say perhaps, but this is not a disk where one expects Ken to break out into a version of “Body and Soul." And he doesn't. It IS a varied and adventurous trip through the colors of sound and tone poetry Vandermark creates in the course of the 65-minute program.

This may not be an album that changes the universe and its ordering. It may not even change your idea of music if you already have sampled “free" improv. But with a Zen sort of concentration on the part of the listener this is music that is far from boring.