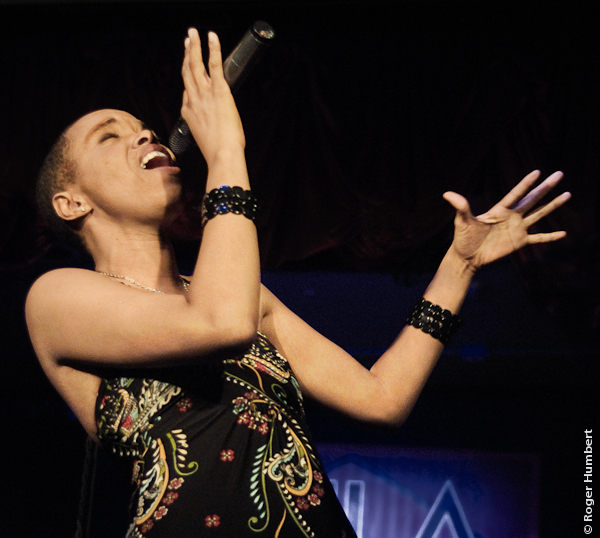 slideshow
Kellylee Evans has won Canada's 2011 Juno Award for Vocal Jazz Album of the Year. The album, entitled Nina (Plus Loin Music), is a tribute to jazz great Nina Simone. Other nominees for the 2011 award included Emilie-Claire Barlow, Nikki Yanofsky, Laila Biali and the late Jeff Healey. This was the Ottawa-based singer-songwriter's second Juno Award nomination and first win.

“It was an honour to be nominated alongside such talented artists," said Evans. “And I am extremely grateful to have won the award with an album that pays tribute to Nina Simone."

Evans recorded Nina in France in November, 2009. French label Plus Loin Music had invited Evans to spend two days in their studio. Shortly after its release, Nina reached the top of the iTunes Jazz charts. The album received critical acclaim and soon Evans was earning accolades for her charismatic performances as she toured the album. In February 2011, Evans was nominated for 2011 Juno Vocal Jazz Album of the Year. She is at work planning her follow-up release slated for 2012.

Evans, who in 2010 also released an alt-soul album of originals titled The Good Girl, was a 2007Juno and Gemini nominee and was awarded second place in the Thelonious Monk Jazz Vocals Competition in 2004 by judges Quincy Jones and Dee Dee Bridgewater. Evans has toured North America and France opening for such luminaries as Tony Bennett, George Benson, Maceo Parker, Sharon Jones and the Dap-Kings, Chris Botti and Derek Trucks.