Katerina Brown Places Songs Of Her Native Russia Alongside Pieces From The Jazz Repertoire On Her Debut, "Mirror," Due Oct. 18 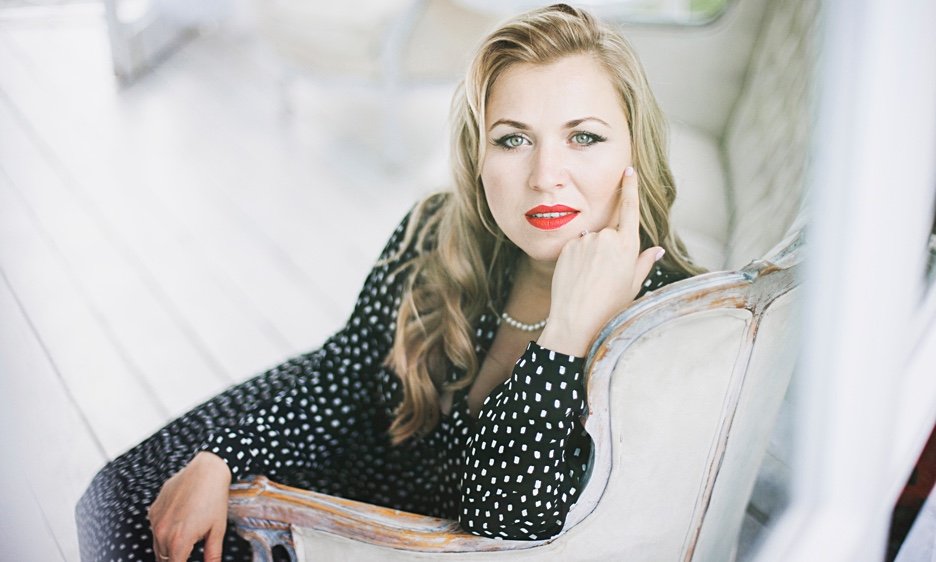 When I came here, I thought, 'To be a Russian jazz singer singing all American songs, that's a bit strange.' I need to bring something from my culture so that American audiences can listen and get familiar with them." —Katerina Brown 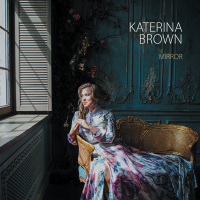 Vocalist Katerina Brown explores her recently minted identity as a Russian immigrant to the United States with the October 18 release of Mirror, her remarkable debut album, on Mellowtone Music. Accompanied by a band of San Francisco Bay Area musicians that includes her husband, bassist Gary Brown (who also produced the album), pianist Adam Shulman, and drummers Akira Tana and Timothy Angulo along with a number of special guests, Brown offers interpretations of three classic Russian songs (first in her native language, then in English translations) as well as five favorites from the American repertoire.

The tunes on Mirror not only span nations, but also styles. They range from delicate ballads to lilting bossa nova to brash, bluesy swingers. “It’s a jazz CD, but it has different styles,” says Brown. “I want to show people that I’m still searching. Standards helped me find myself but that’s not what defines me. … I want to explore more.”

The stylistic range itself is one of the album’s star attractions, opening with a fragile take on the romantic Russian song “The Gate” (featuring violinist Mads Tolling), followed by a saucy treatment of the Gershwins’ standard “They Can’t Take That Away from Me” (a duet with singer Kenny Washington) and a tremendously swaggering “Moanin’” on which Brown sings Jon Hendricks’s vocalese lyrics (with organist Brian Ho, trumpeter Miles Olmos, and saxophonist Robert Roth augmenting the core band). Elsewhere, the Brazilian guitarist Ricardo Peixoto and percussionists Celso Alberti and Airto Moreira lend subtle bossa nova flavors to “Like a Lover” and “I Feel You.”

At the same time, however, the three Russian songs, strategically positioned as the opening, closing, and central pieces (“The Gate,” “The Mirror,” and “It’s Snowing,” respectively), have undeniable significance for this document of Brown’s artistic arrival. “When I came here, I thought, ‘To be a Russian jazz singer singing all American songs, that’s a bit strange,’” she says. “I need to bring something from my culture so that American audiences can listen and get familiar with them.”

This cultural cross-pollination includes the arrangements as well as the songs themselves. Both Shulman and St. Petersburg pianist Dina Sineglazova provided charts for Mirror, even collaborating in the case of one tune. It further evidences Brown’s determination to be as unconstrained by geography as she is by style.

Katerina Brown was born July 16, 1982 in a small town outside St. Petersburg, in what was then the Soviet Union. She was drawn to music as an infant and devoured the few jazz albums in her father’s collection (especially those by Louis Armstrong and Duke Ellington). She studied classical vocals as a teenager, but performed by night in local jazz and blues clubs before moving to St. Petersburg at 19 and forming her own blues band at 21.

Soon afterward, Brown joined the Old Fashioned Blues Project, which took her from the local scene to a national one, touring all around Russia and into Ukraine for the next six years. In 2010, however, she quit the band to matriculate at the Saint-Petersburg State University of Culture and Arts, where she formally studied music theory and on her own dug deeper into jazz vocals. Soon she was performing as featured vocalist for a big band sponsored by Russia’s Ministry of Internal Affairs.

In 2013, Brown met her future husband Gary Brown when the American bassist was touring Russia with pianist Rebeca Mauleón. They struck up an acquaintance that ultimately led to the singer applying for a visa to study jazz in the United States. She first spent time in New York City before moving to the Bay Area in 2015 and establishing herself within its thriving jazz scene. She has worked as the featured vocalist with SFJAZZ’s Monday Night Big Band and is a frequent performer at the region’s top jazz venues. She also teaches the vocal technique developed by the Complete Vocal Institute in Denmark, which is based on the anatomy and physiology of the human body.