Kate Davis Announces Residency At Bemelmans Bar In The Carlyle 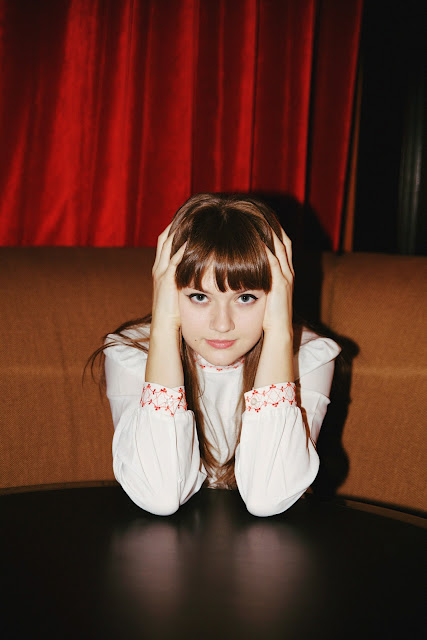 slideshow
THE CARLYLE, A ROSEWOOD HOTEL WELCOMES KATE DAVIS TO BEMELMANS BAR FOR SUNDAY NIGHT RESIDENCY IN MAY

The Carlyle, a Rosewood Hotel, is pleased to welcome revered multi-instrumentalist and vocalist Kate Davis to Bemelmans Bar for a Sunday night residency. A Silver Winner of the National YoungArts Foundation, Kate became a New York transplant in 2009 when she enrolled at the Manhattan School of Music. Recently, Kate has shared the stage with such diverse artists as Alison Krauss, Josh Groban, Michael Feinstein, Ben Folds, Joshua Bell, Wynton Marsalis, and Renee Fleming. Her cover of Meghan Trainor’s pop staple “All About That Bass,” with PostModern Jukebox, has become a viral sensation with over 11 million YouTube views since September. She’ll bring her fresh perspective on the standards to Bemelmans Sunday nights, May 3-31. Bemelmans Bar is located in The Carlyle, A Rosewood Hotel (35 East 76th Street @ Madison Avenue). Kate Davis will play Sundays in May at 9:00 p.m. Bar seating is $15 per person and table seating is $25 per person. Reservations not accepted; tables available on a first-come, first-serve basis. For additional information, visit thecarlyle.com.

Lauded by MTV as one of 2014’s “15 Fresh Females Who Will Rule Pop,” Kate Davis has performed at such illustrious venues as The Kennedy Center, Lincoln Center, and Carnegie Hall—as well as pretty much every noteworthy club in NYC. Upcoming projects include appearances in the Disney film The Finest Hours, the PBS special American Voices, and her first label album release.

About Bemelmans Bar at The Carlyle, A Rosewood Hotel

Named in honor of Ludwig Bemelmans, the creator of the classic Madeline children’s books, Bemelmans Bar is a timeless location that continues to attract socialites, politicians, movie stars and moguls with its extensive drink menu and nightly live entertainment. The bar maintains its Art Deco legacy with chocolate-brown leather banquettes, nickel- trimmed black glass tabletops, a dramatic black granite bar and a 24-karat gold leaf-covered ceiling. Guests are charmed by its distinct New York style and the large-scale murals in the hotel bar, the only surviving Bemelmans' commission open to the public.

The Carlyle is an integral part of New York history. As the city’s premier luxury residential hotel, it was a famous gathering place for socialites, world leaders and celebrities when Ludwig Bemelmans began to create his masterpiece murals at the hotel bar. Bemelmans was a successful artist for The New Yorker, Vogue and Town and Country and had achieved enormous success with the Madeline children’s books series. Using his distinct style of art, he transformed the bar with whimsical scenes of Central Park that included picnicking rabbits and ice skating elephants. Rather than be paid for his art, Bemelmans exchanged his work for a year and a half of accommodations at The Carlyle for himself and his family.