SOURCE: ALL ABOUT JAZZ PUBLICITY
May 31, 2009
Sign in to view read count 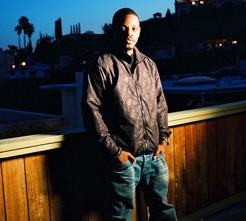 On June 24 and 25 at Yoshi's Oakland, these two worlds will collide in a spectacular musical event.

The Karriem Riggins Virtuoso Experience presented by Vtech, featuring Mulgrew Miller and Pete Rock, is far more than another jazz show. It's nothing less than a showcase for a true 21st century virtuoso, a man Common calls “one of the greatest musicians that I have ever come across."

The evening begins with an explosive drum and DJ showcase pairing Riggins and legendary hip-hop producer Pete Rock, as they mix and weave music (genres).

Next up, the premiere of the Karriem Riggins quartet featuring the highly acclaimed jazz musician Mulgrew Miller on keyboards.

A protge of the immortal Betty Carter, Riggins honed his jazz chops performing with such artists as Herbie Hancock, Ray Brown, Oscar Peterson, Milt Jackson, Donald Byrd, Mulgrew Miller, Bobby Hutcherson, Kenny Burrell and Diana Krall, all the while making a name for himself as a hip-hop producer and collaborator. His hip-hop credits include work with Common, Slum Village, Talib Kweli, Jay Dee, The Roots, Erykah Badu and Kanye West.

Recording artist and actor Common said it best: “His taste, sensibility, and abilities are phenomenal. Anytime I hear Karriem create music or hear him play, I am reminded of how wonderful music can be. When I hear his music, it inspires a freedom in me as an artist...and that's only been generated by legends. He is truly a legend in the making, and is one of the greatest musicians of our time period."