slideshow
Justin Kauflin's debut CD is a testament to his remarkable artistry, wisdom and faith

Eight years ago, I attended a concert featuring the Governor's School Jazz Band under the direction of Jae Sinnett. I knew I was in for an enjoyable evening; over the preceding decade, I'd seen at least a dozen performances by students in the Governor's School's music, theater and dance departments, not to mention exhibitions by the kids in visual arts, and had been consistently impressed by the displays of talent and blossoming professionalism. None of this, however, prepared me for what I witnessed that night.

Over the course of the evening, various students stood up to play solos. Each one did an admirable job. Then pianist Justin Kauflin took his turn. In contrast to his classmates, whose performances were polished yet studied--exactly what one would expect, in other words, from talented high school students--Kauflin played with a sense of artistry, wisdom and confidence way beyond his years. I remember closing my eyes at one point and thinking that I could be listening to a seasoned pro in a big-city jazz club.

My awe grew deeper still at the end of the concert, when Kauflin grabbed a long metal pole before standing up to take a bow. Suddenly it dawned on me: He's blind.

A few months later, Sinnett introduced me to Kauflin, and I learned a little bit about his life story. His early childhood had been typical. He'd had a wide variety of interests, including music (he started out on the violin) and played several sports. When he was 9, however, his life started to change dramatically. He began to suffer from a degenerative eye disease; two years later he lost his sight completely.

The devastation that he must have felt is incomprehensible to those of us who take our sight for granted. But rather than succumbing to despair, he began to seek solace and meaning in the piano. In spite of his handicap, he went on to graduate in the top one percent of his class at Salem High School and summa cum laude from William Paterson University in New Jersey, with a degree in music. Before going off to college, Sinnett had taken Kauflin under his wing, helping him develop his understanding of jazz theory and giving him an opportunity to play professionally in a variety of venues. While at Paterson, he met someone who would become another important mentor: the great jazz trumpet player Clark Terry.

Terry saw in Kauflin what Sinnett had seen earlier--a budding musical genius. (That word is overused, to say the least, but in this case I think it's deserved.) The fact that Kauflin plays so well even though he can't see no doubt impressed both men. But make no mistake--Kauflin 's artistry would be every bit as awe-inspiring even if he hadn't lost his sight.

Kauflin's debut CD, released last month, is a testament to this fact. The album opens with a tune called “Convenant," an original by drummer Billy Williams, who plays on the record. After Kauflin introduces the melody, Williams and alto saxophonist Tim Green quickly join in. Gradually, they pick up the tempo, and before you know it, they're soaring into the stratosphere with Kauflin leading the way. His mid- tune solo exemplifies his ability to improvise with swinging abandon and percussive energy while maintaining the clarity and precision of each note.

The opening of the next tune, one of three Kauflin wrote for the CD, provides just a hint of his gift for deeply moving lyricism before the tempo picks up yet again. The same can be said of track four, a sensitive rendition of The Beatles' “A Day in the Life." In keeping with original, it transitions from a melancholy tenderness to a kind of controlled chaos accentuated in this case by Williams' crashing cymbals.

Kauflin is at his most lyrical, however, in his performance of the well-known hymn “Be Thou My Vision." It is my favorite track on the CD, in part because I've loved the hymn since childhood. Kauflin firmly anchors it at the beginning and end by playing the familiar melody with a profound sense of reverence and spirituality; thus, even when he departs from the melody for another joyful improvisation, he never loses sight of the essence of the piece.

The nine-track CD closes with another hymn--"Abide with Me." This may come as surprise to some jazz aficionados; we don't typically think of hymns, after all, as a part of the standard jazz repertoire. (Cyrus Chestnut is the only other jazz pianist I can think of who has so boldly yet unassumingly ventured into this territory.) But if you take a look at the bio on Kauflin's Web site, you'll understand why he wanted to include these two tunes on his debut album. “His musical style," it states, “reflects a steadfast, day-to-day trust in God...." His sense of faith--in himself and in the power of music, as well as in God--shines through on every track. So does his sense of deep humility and his abundant passion for life. Indeed, when I reflect on his playing, the one phrase that keeps coming to mind is from C.S. Lewis: Surprised by Joy. Nothing sums up Kauflin's music more succinctly. He seems to be surprised by the joy of music and of life at every moment. In the process, he reminds us that jazz, as the critic Whitney Balliett once put it, is the sound of surprise. Here's hoping that Kauflin continues to surprise us with his extraordinary gifts.

If you'd like a taste of Kauflin's music--or if you'd like to purchase the CD--check out his Web site. 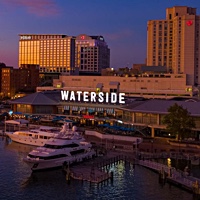