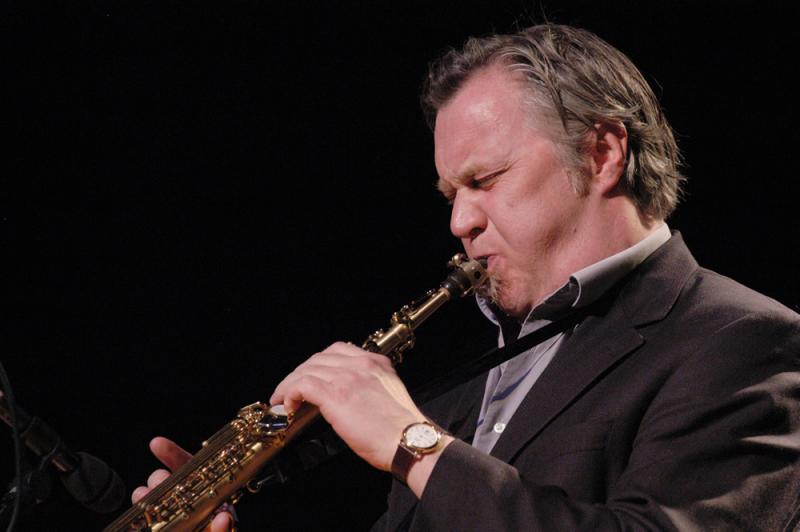 One Night Only! October 20 at Dizzy's Club Coca-Cola

“One of Canada's leading saxophonists for over 25 years—Kirk's musical inquisitiveness seems to have no end. He is constantly pushing the envelope, searching for new ideas, new sounds!" —Lorne Lofsky

With piano great Harold Mabern in the mix, the night will be magical. This is the U.S. premiere of MacDonald's cricitally acclaimed release Vista Obscura. Come be part of the event!

As the Dizzy's Club Coca-Cola website touts: “Dizzy's Club Coca-Cola is proud to host the album release party of Kirk MacDonald's Vista Obscura, an album that just won a 2015 Juno Award (the “Canadian Grammy") for “Best Jazz Recording Solo Artist." It's a major feat, and expectations are high for this performance. The band is comprised of similarly prolific musicians, including Harold Mabern, Neil Swainson, and Andre White. The album features mostly originals, for which MacDonald is well known, plus two Coltrane compositions. The new compositions were written with this extraordinary band in mind and will appeal to jazz fans across the board."

With an established reputation as one of Canada's leading saxophonists, Kirk MacDonald cut his first record at the age of thirteen. Throughout his career, he has received numerous awards, and has worked with many leading musicians in a variety of musical genres. He has performed on over fifty CDs as both leader and sideman, and has participated in numerous national broadcast recordings for CBC Radio. In addition to performing extensively throughout Canada, he has also performed in the USA, Spain, France, Italy, Holland, Monaco, Australia, Korea, Bermuda, and the Bahamas.