SOURCE: SOMETHING ELSE!
September 1, 2011
Sign in to view read count 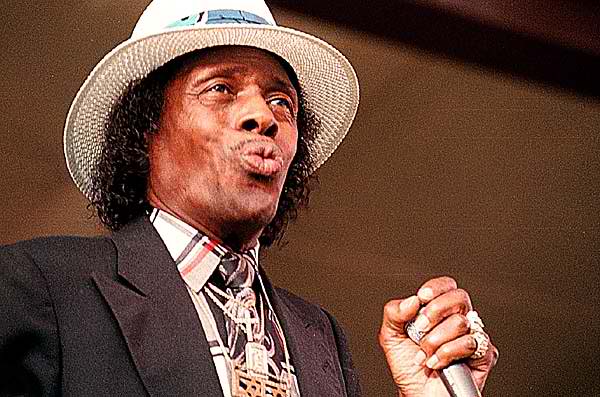 slideshow
For Junior Wells, there was just something about working with Buddy Guy.

On Hoodoo Man Blues, a spark-filled mid-1960s Chicago blues album, Wells stops on more than one occasion, while letting loose these flying shards of harmonica blasts, to issue a pleased grunt. So very in the moment, his vocals start with an unguarded joy, a sexual power, then move all the way into open-hearted distortion. At the same time, Buddy Guy&#151called “Friendly Chap" (get it?) on the original back cover, because he was thought to be under contract elsewhere—scratches out a series of limber notes.

“Snatch It Back and Hold It," the gauntlet-clanging opener, sets the template for its upbeat triumphs, as Wells hiccups and howls: “Somebody help me, because I can't help myself!" He then unleashes a scorching series of blurts and trembling shapes on the harp, over a tout rhythm from bassist Jack Myers and drummer Billy Warren. When the track ends, with this echoing abruptness, a riffing, unbridled Wells can only exclaim: “Hey!"