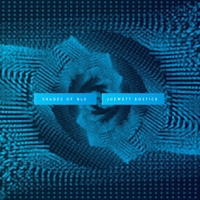 Juewett Bostick is a masterful composer and guitarist with a passion for jazz, fusion, and everything in between. Bostick recently won for Best Jazz Musician at The Los Angeles Black Music & Film Awards, and after hearing his new album Shades of Blu, it is well deserved.

Shades of Blu is really all about making the most out of some amazingly organic performances. Shades of Blu features 17 studio tracks. It is not a concept album per se, although there is an intro, several interludes, and an outdo, tying the whole vision together to absolute perfection. The sound of this release is spectacular in terms of production, and it brings out the focus of this amazing release, giving the listeners a beautiful experience from the moment they press play. It goes without saying that Bostick’s guitar is the true highlight here, and it brings a fantastic sense of dynamics to the music. Some people say that instruments can be the extensions of musicians, just like an additional limb. This is definitely what comes to mind when I am listening to Bostick playing the guitar because the sound definitely comes from deep within.

I’ve always had a soft spot for older jazz recordings. I love the fact that the studio technology in those early years was somewhat limiting because they couldn’t really offer so much separation between the musicians. While this meant that the definition of each instrument wasn’t as crisp as what we can achieve today, it actually feels that there was something magical to it. However, it’s not about the gear, and it’s not about the time period: it’s about the musicians! Shades of Blu sounds like a modern jazz-soul album, but it also sounds like a timeless classic by the same standards I was talking about earlier, meaning that the songs really gel, and it is the sound of a band coming together.