One of the hottest flamenco guitarists in recent years. --NPR 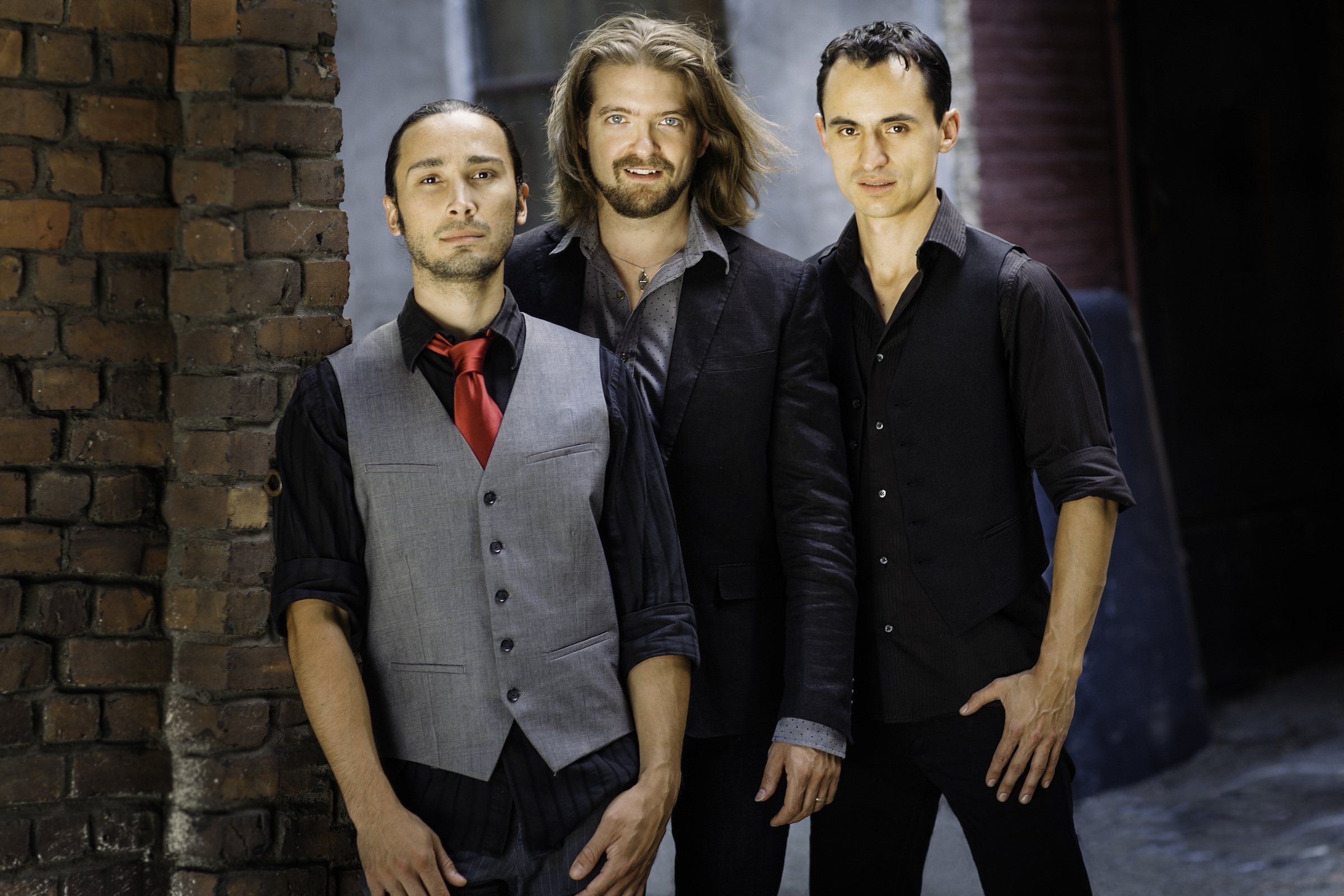 slideshow
"A rising star of the Spanish guitar form."—Boston Globe

Juanito Pascual New Flamenco Trio will launch a tour of 17 U.S. cities that includes the East and West Coasts and points in between such as Austin, Minneapolis, Madison, and Chicago. The group creates a unique world music experience, fusing traditional Spanish flamenco with elements of jazz, pop, and rock music, performing with passion and virtuosity.

L.A. guitarist Juanito Pascual has logged countless miles in a career that has taken him from the streets of Madrid to the hallowed halls of the New England Conservatory and on to concert stages around the world. Numerous appearances in film, television, and radio have further widened his listening audience. Performing with him at are Grammy-nominated Colombian percussionist Tupac Mantilla and American bassist Brad Barrett, also graduates of the New England Conservatory.

Praised as a virtuoso guitarist and composer, the Minnesota native was called “one of the hottest flamenco guitarists in recent years" by NPR and “a rising star of the Spanish guitar form” by The Boston Globe. As a youth he traveled to Madrid to study with flamenco masters. Today his music is an organic blend of traditional and contemporary flamenco with influences ranging from Jimi Hendrix and the Grateful Dead to Miles Davis and J.S. Bach.

Pascual’s most recent honor was recording five tracks of music for the new film Call Me Francesco: The Pope of the People. (Daniele Luchetti directed the movie, Rodrigo de la Serna plays Pope Francis, and Spanish pianist Arturo Cardelús composed the score.) Premiered at the Vatican in December, it was screened in Hollywood on February 21. The score was named one of the “Best Scores of 2015” by Movie Music UK critic Jonathan Broxton who praised Pascual’s guitar performances and “evocative Latin spirit that recalls the best of Astor Piazzolla.” TaoDue will distribute the film worldwide. A related upcoming four-part TV drama features even more Pascua guitar work. (The guitarist made his on-screen debut in 2009, performing in the 2009 film Pink Panther 2 which featured Steve Martin and Andy Garcia.)

Pascual has toured widely since the 2003 release of his debut solo recording Cosas en Comun, becoming a respected voice in flamenco music. He has performed internationally at the Panama Jazz Festival, the Eurojazz Festival in Mexico City, the Halifax Jazz Festival in Nova Scotia and Spain's Festival de Jazz de Tortosa. In the States, he has played the Tanglewood Jazz Festival, New York’s Blue Note Jazz Club, Boston's Jordan Hall and Regattabar. He holds a bachelor of music degree in contemporary improvisation from the New England Conservatory, where he directed the summer flamenco institute for five years. He released Language of the Heart in 2009 and a self-titled album in 2014. A fourth is in the works. He is the author of the 2011 method book entitled The Total Flamenco Guitarist, published by Alfred Press.