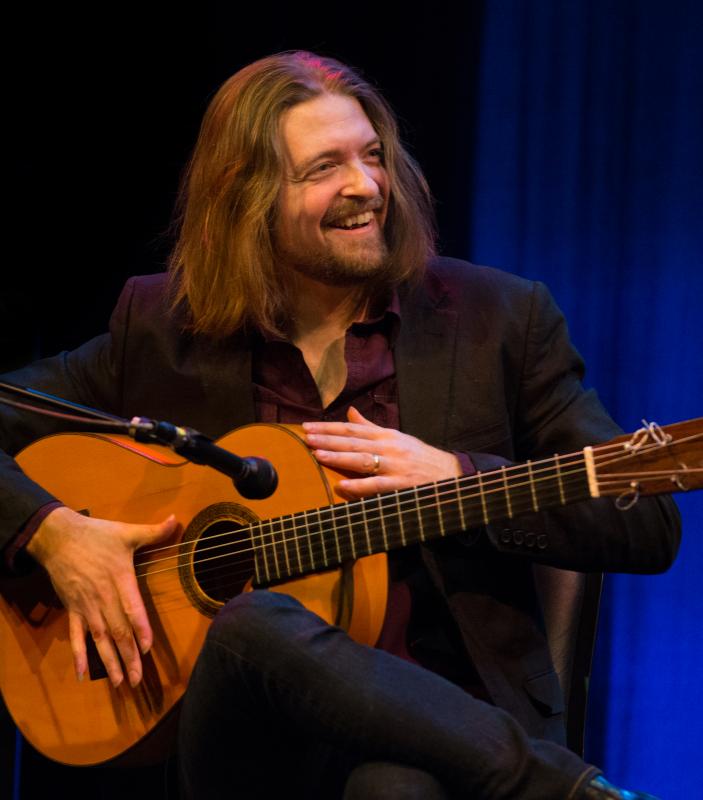 slideshow
Lovers of great guitar can look forward to the return of Juanito Pascual New Flamenco Trio to venues in various cities on the East Coast and the Midwest. His sound is a truly masterful and organic blend of traditional and contemporary flamenco plus influences ranging from Jimi Hendrix and the Grateful Dead to Miles Davis and J.S. Bach, performed with virtuosity and passion.

A versatile virtuoso guitarist/composer/improviser, Juanito Pascual has been called “one of the hottest flamenco guitarists in recent years" by National Public Radio, and “The Rye Cooder of Flamenco guitar” by music journalist Steve Morse.

Pascual’s program is likely to include tunes such as “While My Guitar Gently Weeps” by George Harrison, “Afro Blue” by Mongo Santamaria, “Entre dos Aguas” by Paco de Lucia, and “All Blues” by Miles Davis, along with his own originals.

A Minnesota native, guitarist Pascual has logged countless miles as his career has taken him from the streets of Madrid to the hallowed halls of the New England Conservatory and concert stages around the world. Numerous appearances on radio, television and film have further widened his audience. He made a cameo performance with Steve Martin and Andy Garcia in the 2009 film Pink Panther 2 and performs much of the music in a film, TV and Netflix series about the life of Pope Francis.

Since the 2003 release of his debut solo recording Cosas en Comun, Pascual's international touring schedule has brought him to venues including the Tanglewood Jazz Festival, New York's Lincoln Center, and Blue Note Jazz Club, The Panama Jazz Festival, and Madrid's renowned Casa Patas. He has performed with a lengthy “who's who” of top flamenco artists including 2016 tour dates with Jorge Pardo (of Paco de Lucia’s legendary Sextet) in addition to collaborations with a diverse range of musicians including Grammy-winning soprano Dawn Upshaw, bassist John Patitucci (of Chick Corea's Band), pianist Danilo Perez (of the Wayne Shorter Qt), percussionist Jamey Haddad (of Paul Simon's group), virtuoso guitarist Grisha Goryachev, and many others. He is a Jazz Beyond Borders touring artist.

As a youth, Juanito Pascual studied with flamenco masters in Spain. He later earned a Bachelor of Music degree in contemporary improvisation from the New England Conservatory, where he directed the summer flamenco institute for five years. His book The Total Flamenco Handbook (with accompanying CD) was published by Alfred Press in 2011. He released Language of the Heart in 2009 and a self-titled album in 2014. A fourth recording is in the works.