Join NEC’s Hankus Netsky And Eden Macadam Somer For An Evening Of Yiddish And Hassidic Song And Klezmer Dance Tunes, January 20 At The Burren, Somerville 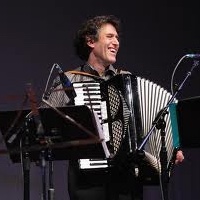 A multi-instrumentalist, composer, and ethnomusicologist, Hankus Netsky is founder and director of the Klezmer Conservatory Band. He has composed extensively for film, theater, and television, and has collaborated closely with such artists as Itzhak Perlman, Robin Williams, Joel Grey, Theodore Bikel, and Robert Brustein. In 2013, the Jewish Forward named him “One of the fifty most influential Jews in America" for his work in spearheading the resurgence of traditional Eastern European Jewish music.