SOURCE: SOMETHING ELSE!
October 4, 2011
Sign in to view read count 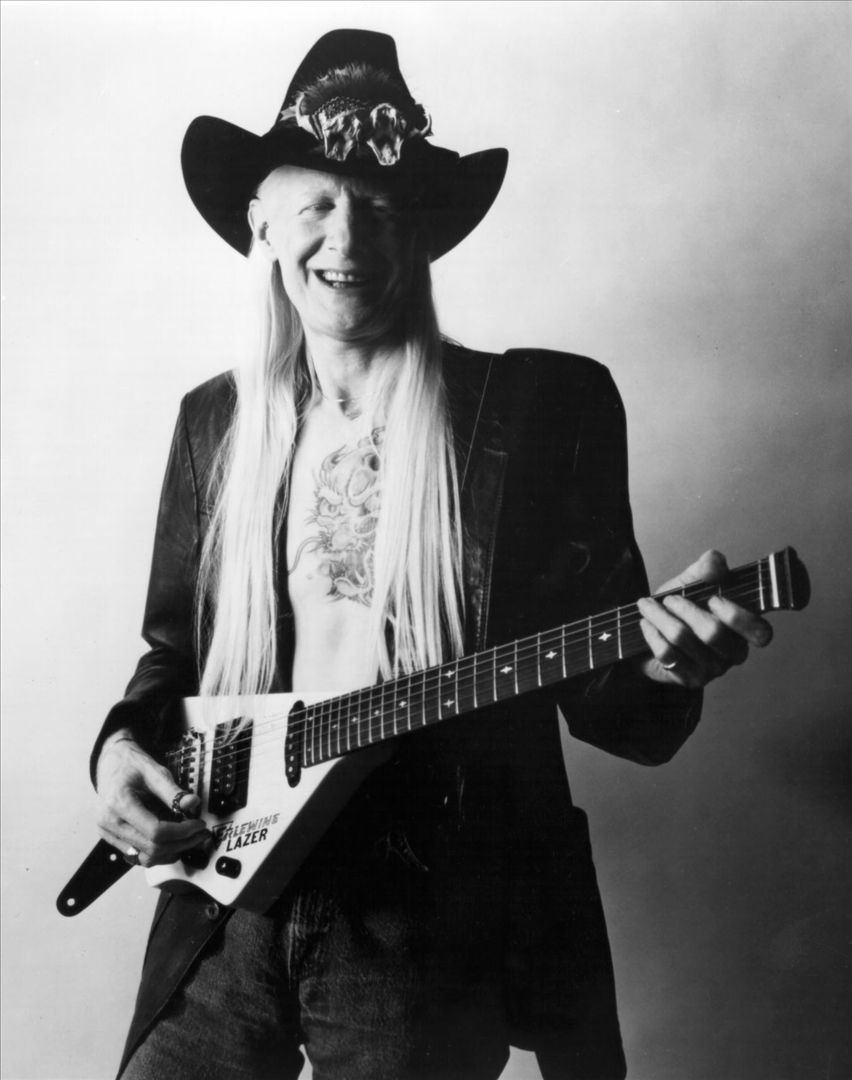 slideshow
Johnny Winte returns to some of his earliest childhood favorites, and a few tracks from his first bar bands, on the aptly titled new project Roots. The Megaforce Records release boasts an all-star cast of guest artists including Derek Trucks, Vince Gill, Susan Tedeschi and his brother Edgar Winter, performing tracks originally done by everyone from Elmore James to Bobby “Blue" Bland.

“They're songs I grew up really liking, things I was really influenced by," Winter told us. “It's very exciting, a record that really takes me back. All of those songs, I really identify with."

The opening “T-Bone Shuffle," featuring Sonny Landreth, finds Winter in fine voice—singing in sweet counterpoint to Landreth's tangy slide retorts on the old 1940s-era T-Bone Walker vehicle.Warren Haynes, of the Allman Brothers and Gov't Mule, sits in for a stamping update of James' “Done Somebody Wrong"; “everything that happened, you know I am to blame!" Winter shouts, and he doesn't sound too sorry at all.

“Last Night" finds John Popper, of Blues Traveler fame, curling up at Winter's feet, chortling and chugging on the harmonica. John Medeski then gets greasy and good on the old John Lee Hooker/Ray Charles hit “Come Back Baby," pulling this rib-sticking, gospel-drenched sound out of the organ.

Winter also goes it alone on a pair of familiar blues standards, Robert Johnson's “Dust My Broom" and the Muddy Waters hit “Got My Mojo Workin,'" which skips along at a breakneck pace.