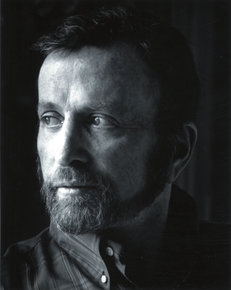 slideshow
There's something about watching Johnny Mandel rehearse a big band that takes your breath away. Yesterday I had the rare pleasure of watching Johnny conduct the DIVA Jazz Orchestra in advance of their performances tonight, tomorrow and Wednesday at Dizzy's Club Coca-Cola in New York (go here for information and reservations). [Photo of Johnny Mandel conducting The Shadow of Your Smile by Marc Myers]

This is the same Johnny Mandel who wrote blockbuster arrangements for Artie Shaw, Woody Herman, Chet Baker, David Allyn and Barbra Streisand and composed and conducted I Want to Live, Emily, the Shadow of Your Smile, The Shining Sea, Theme for MASH and so many other memorable melodies. He's also the same Johnny Mandel who arranged and conducted Frank Sinatra's first Reprise album in 1961, Ring-a-Ding-Ding.

So to see Johnny conduct drummer-leader Sherrie Maricle and the all-female jazz band through his arrangements and compositions was an eye-opening trifecta. Standing behind the third trumpet chair, I could see the parts clearly on the stand, all beautifully written out, all with “JOHNNY MANDEL" printed neatly in all capital letters on the right-hand side of each opening page.

Watching Johnny at work is like witnessing the history of American music. His jazz, pop and film works capture not only the spirit but the moods of generations. At 84 years old, Johnny looks like a kid, his ruddy face toasted by the West Coast and his calm, cool, relaxed demeanor polished by years of working with the biggest and roughest talents in the music business.

Interestingly, Johnny's conducting style isn't about big sweeping gestures or thrusts. His hands lead in small, subtle movements, catching each beat sharply, fingers unconsciously splayed at times, tight bound together at others to make a point. His hands seem almost like doves in a cage that keep trying to fly free only to return to their perch to try again. Johnny's heart clearly is in his hands, and those hands hold enormous sensitivity. No song demonstrated all of this better than The Shadow of Your Smile, which swept away even its composer and arranger.

Artie Shaw was born on May 23, 1910, so yesterday marked the clarinetist's centennial. I couldn't help but think of Artie when Johnny called for Krazy Kat, a rip-roaring arrangement Johnny wrote for Shaw's bebop band in 1949. ("The best band Artie ever had," Johnny would say later.) As Johnny counted off the beat, I wondered whether he knew that it was Artie's 100th birthday.

“And two and three and four..." Johnny said, clapping his hands lightly to set the tempo. Then the band kicked into the intro, which has all the horse muscle and energy of gates flying opening at the Kentucky Derby. Johnny cracked a small smile, realizing how well the song has held up over the past 50 years, especially in this band's hands.

As the band's reed and brass sections tore through the three- minute-plus swinger, fish-tailing into the shout chorus at the end, I couldn't help but think that somewhere, someplace, Shaw was shooting Johnny, Stacie and the band a big wink.

I can't wait for tonight.