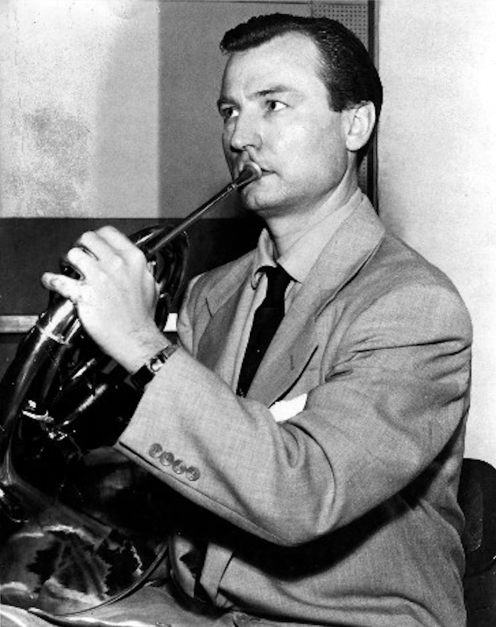 slideshow
According to Tom Lord's Jazz Discography, the French horn in jazz dates back to 1921. By the 1930s, the instrument was popping up on recordings by Bing Crosby and Woody Herman. In the 1940s, Artie Shaw, Claude Thornhill, Harry James and other bandleaders included the horn when they added strings. Neal Hefti used Vincent Jacobs on French horn when he recorded Repetition with Charlie Parker in 1947. Junior Collins was on the horn during Miles Davis's “Birth of the Cool" sessions in the late 1940s. And Julius Watkins played horn with Kenny Clarke and His Clique in 1949.

The first French hornist to lead a jazz recording session was John Graas. The album, French Horn Jazz, was recorded for Los Angeles's Trend label in June 1953. Originally a 10-inch LP (or two 45s), the album was expanded to 12 inches in 1956 with four additional tracks. By the early 1950s, the French horn was closely associated with the cinema and pop music, and it was a short leap from there to West Coast jazz.

There are no bad John Graas recordings. From his earliest records with Claude Thornhill in 1942 to his last on Henry Mancini's Hatari in December 1961, Graas always delivered a French horn sound that was sexy, assertive and melodic. While Gerry Mulligan and Shorty Rogers played the most significant role in shaping the sound of West Coast jazz as arrangers and players, Graas certainly made a major contribution to the style's development and warm tone.

As you can hear on French Horn Jazz, John Graas added a distinctive ingredient to West Coast jazz. Without his French horn and the dry, aggressive sound he pioneered, the music would have been less dimensional, less cool and less ambitious.