John Densmore's Tribaljazz at the Keswick Theatre on June 6, 2008

SOURCE: ALL ABOUT JAZZ PUBLICITY
May 17, 2008
Sign in to view read count 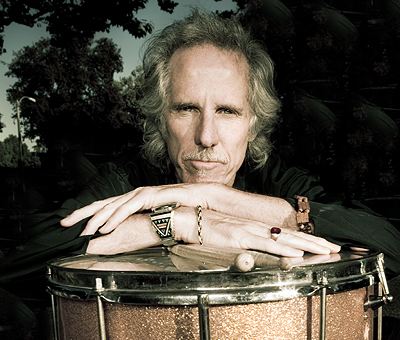 “I've been mouthing off about being a jazz drummer since before The Doors," John Densmore relates. “Thirty years later, I'm finally putting my sticks where my mouth has been."

Densmore's lifelong adoration of jazz and his insatiable hunger for global sounds has prompted the birth of Tribaljazz and its exclusive area performance by a global village of musicians at Glenside's Keswick Theatre on Fri., June 6 @ 8 PM.

Tribaljazz blends and fuses improv jazz, African beats and world music. Its wide, eclectic audience ranges from jazz aficionados and classic rockers to cutting-edge jamband followers. The brainchild of the legendary drummer along with veteran jazzman and composer Art Ellis on soprano/alto sax and flute, Tribaljazz is a melodic melding of hypnotic, improvised tribal grooves with heartfelt jazz sensibilities.

Tribaljazz also includes pianist David Garfield, Egyptian bassist Osama Afifi, Guatemalan conga player Miguel Rivera, Italian-born, Brazil-trained percussionist Cristina Berio and African drummers Marcel Adjibi and Aziz Faye. The Tribaljazz album features guest vocals by Michael Franti and actress Alfre Woodard. “We hope that the feeling you get from listening is of a global village that celebrates the diversity and extraordinary range of cultures on planet Earth," Densmore says. “It's a real high to play with these guys. It's really fun for me, because there are two master African drummers. I used to work really hard with no bass player in The Doors. I was the pulse. Now I can play with one hand and it's still a strong groove."

As the rhythmic engine of the legendary L.A. band, The Doors, John Densmore is responsible for some of the most famous beats in rock history and his jazz influence on their rhythms is unmistakable. Just listen to “Break on Through" and “Riders on the Storm."

In his teens, Densmore became enamored with jazz and particularly with the playing of drummer Elvin Jones, whose evocative, muscular grooves with John Coltrane's band influenced a multitude of rock musicians. Then, as now, Densmore endeavored to incorporate a global flavor into his playing. “When we were playing in the garage, Bossa Nova was hitting the states," he recalls. “I directly took the beat from “The Girl from Ipanema" and put it in “Break on Through". It's a Bossa Nova beat with a rock feel. We were so turned on by Brazilian music. It's so relaxed, but it's tight. So sensual, but loose."

During the musically prolific years between their debut album in 1967 and Jim Morrison's death in 1971, The Doors became one of the most influential bands in rock history. Densmore joined surviving members Ray Manzarek and Robbie Krieger for The Doors' induction into the Rock and Roll Hall of Fame in 1993.