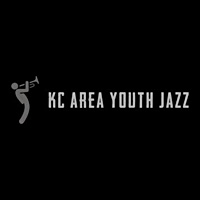 An assistant professor of broadcasting for 25 years, Nichols knows the value of education. He graduated with a degree in education from the University of Wisconsin and is married to a teacher.

“I’ve also coached many experts in other fields to help them communicate more effectively,” Nichols said. “Being able to work with the KCAYJ Fellows regarding interviews and any interaction they may have with the media should be lots of fun.”

Nichols also recently launched “Joel Nichols Communications” as a platform to deliver his 30 years of experience in the broadcast industry to a wider demographic of clients.

Founded as a premier student jazz opportunity for students in grades 9-12, the philosophy of the KC Area Youth Jazz (KCAYJ) organization is to develop selected jazz repertoire for refined performance opportunities through a high-level of understanding and musicianship.

Another primary feature of the KCAYJ business model is building in the teaching of entrepreneurialism skills and networking across the full demographic of the jazz community.

“Having Joel onboard as a media professional, educator and spokesperson is very significant,” says founder and artistic director, Christopher Burnett. “His ability to help get our mission messaging out will help KCAYJ.”

Burnett said among the distinctive and interesting aspects of the KCAYJ model is that students are exposed to, and learn about, both—the music and the business of jazz.

“This sets us apart from many jazz education programs,” Burnett said. “We’ve partnered with some of the educators, businesses and other music professionals who share our same professional values and commitment to our jazz community.”

The organization has also strategically teamed with BRC Audio Productions and its owner, Bill Crain to provide a conveniently located venue to serve as a home base facility for KCAYJ rehearsals, some concerts, and its professional recording sessions.

“I was initially going to produce the program at a space here in Leavenworth,” Burnett said. “When I told Bill about the program he offered to host it and get involved as a consultant too. It was a great instance of synergy.”

Seven students have already signed up for 2019 auditions. KCAYJ students will perform a varied repertoire of masterworks and commissioned original compositions written specifically for the young jazz artists.

“Dr. Arthur White is our Composer-In-Residence for the 2019 KCAYJ Season,” Burnett said. “We’re getting a great response from leading writers and have commitments for future involvement from composers Mark Taylor, Sumi Tonooka and Mike Tomaro among others.”

Burnett said the students will record each season’s repertoire and the music will be released commercially on the Artists Recording Collective label. He added the recordings are primarily intended to serve as historical documents, but teaching students how the process works professionally is valuable.

“KCAYJ is an independent subsidy of the Artists Recording Collective Limited Liability Company,” Burnett said. “We want to attract the best players to comprise the octet. Our schedule should also allow students the ability to participate in other summer jazz activities as well.”

Complete information about KCAYJ is available online at the youthjazz.us website along with the audition inquiry form, program guidelines, and available products.