Joe Diorio & Steve Bagby's "Straight Ahead To The Light" Reissued On CD, WAV, FLAC & MP3 From Art Of Life Records 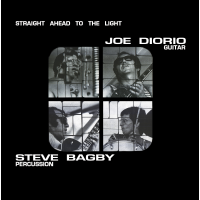 slideshow
This is the third in a series of five CD reissues from guitar legend Joe Diorio's classic Spitball Records recordings from the mid-70s. Originally released in 1976 on Spitball Records, Straight Ahead to the Light was recorded on May 23, 1976 at The First Unitarian Church in Miami, Florida and features Joe Diorio on guitar and Steve Bagby on percussion. Now available for the first time on CD including the original album cover artwork from the LP release. The album contains four original compositions by Joe Diorio and Steve Bagby which include “Straight Ahead to the Light", clocking in at over ten minutes long, “Gong", “India", another extended song that lasts for over ten minutes and “Bagbito" which features an extended percussion/drum solo by Steve Bagby. 24-bit digital remastering by Paul G. Kohler at Art of Life Studios in Charleston, South Carolina in March 2018. Art of Life Records is pleased to make this long out-of-print recording available to the world once again. Stay tuned for more Joe Diorio CD reissues from Art of Life Records. 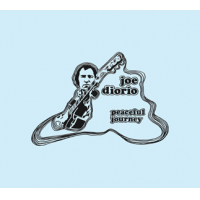 Following up on the 2006 CD reissue of Joe Diorio's-"Solo Guitar" album (Art of Life AL1020-2), Art of Life Records is proud to celebrate the 40th anniversary of guitarist Joe Diorio's “Peaceful Journey" album which was originally recorded and released on Spitball Records in 1977. Now available for the first time on CD including the album cover artwork and liner notes from the original LP release. Included amongst the nine tracks on the album are four standards, “With a Song In My Heart", “Blue Bossa", “Gentle Rain" and “Body and Soul". Rounding out the album are five of Joe's original compositions: “Mystical Twilight", “Peaceful Journey", “Blues for Bela", “Nijinsky" and “Chetanananda". Joe accompanies himself via multi-tracking on the songs “With a Song In My Heart", “Blue Bossa", “Blues for Bela", “Gentle Rain", “Chetanananda" and “Body and Soul". “Mystical Twilight", “Peaceful Journey" and “Nijinsky" are solo guitar tracks. 24-bit digital remastering by Paul G. Kohler at Art of Life Studios in Charleston, South Carolina in May 2017. Art of Life Records is pleased to make this long out-of-print recording available to the world once again. 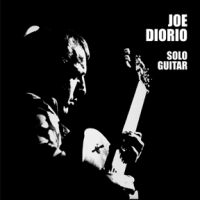 Originally released in 1975 on Spitball Records and now available on CD for the first time ever! Includes the original album cover artwork and liner notes exactly as they appeared on the original LP release. Joe performs several standards including Chick Corea's “Windows", Django Reinhardt's “Nuages" as well as the classic songs “Invitation", “A Time for Love" and “Without You". Rounding out the recording are three of Joe's original compositions: “Poem", “India" (inspired by sitarist Ravi Shankar) and “Call to the Center". Joe accompanies himself via multi-tracking on the songs “Windows", “Invitation" and “Without You". All tracks have been digitally remastered using 24-bit digital technology.