Joanne Tatham Celebrates Her New CD, "The Rings Of Saturn," At Vitello's On May 4th!

Her voice is clear, her tone is true, and she swings effortlessly… Joanne Tatham once again takes her rightful place among the very best of the very best. —Mark Heard It First 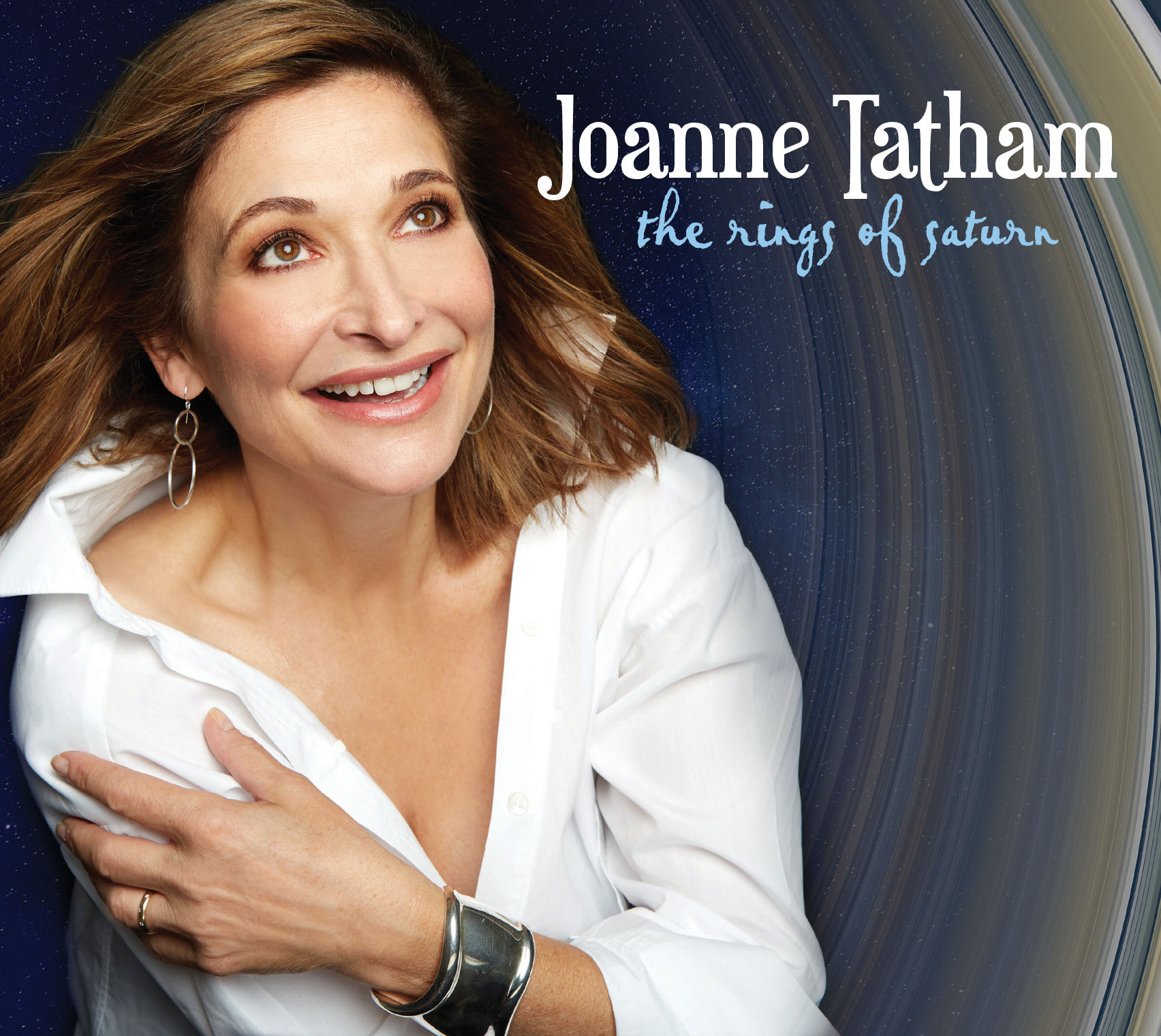 Joanne Tatham celebrates the release of her new CD, The Rings of Saturn with a performance at Vitello's in Studio City on Friday, May 4th with one show at 7:30pm.

Joanne has been receiving excellent reviews and national jazz radio airplay. Midwest Record says, “This vocalist pulls up a set card of jazz/pop classics and wraps her wonderful voice around them… A jazz vocal date that’s right in the pocket!" Joanne will be accompanied by the musicians on her album, including Max Haymer, piano; Lyman Medeiros, bass; and Dan Schnelle, drums.

Music has been part of Joanne Tatham's life ever since she was a child in New Jersey, listening with her parents to songs from the Great American Songbook on WNEW, the legendary AM radio station in New York. She was captivated by singers like Sinatra, Peggy Lee, and Jack Jones, their beautiful voices finding the heart and soul of the story of a song. Now, on The Rings of Saturn, Tatham’s new CD, she continues the tradition—laid down by the great vocalists of past generations—of finding first-class material to sing and swing with a contemporary sensibility enhanced with hip, new arrangements.

The Rings of Saturn is Tatham’s fourth CD. It’s the follow-up to her critically acclaimed 2015 release Out of My Dreams, which debuted at #26 on the JazzWeek radio chart, solidifying her position as a top vocalist on the L.A. jazz scene and establishing her as an important jazz artist to watch. Jack Goodstein of Blogcritics said, “Out of My Dreams is as fine an album of jazz vocals as you’re likely to hear this year.” Christopher Loudon of JazzTimes said, “Blessed with impeccable phrasing and a meticulous sense of time, Tatham projects a West Coast effervescence yet also conjures the long shadows of Manhattan.”

Tatham is a versatile singer who moves effortlessly between swing tunes, Latin music, and jazzed-up pop songs. She acquired her facility with different styles through many years of performing in various musical situations. Her vocal talents first emerged when she was a youngster in Catholic school, where she was chosen to lead the children’s choir and then the full Saturday night folk choir. She honed her ear training during her teen years as a member of an all-girls vocal group that sang standards with tight harmonies in performances at The Garden State Arts Center (now the PNC Bank Arts Center), but probably most foundational was the time she spent on weekends during high school as the girl singer in a standards band doing weddings, bowling banquets, and New Year’s Eve parties. Working the bandstand, calling tunes, taking requests— all came to inform her musical confidence and chops.

Tatham continued her musical education at The Hartt School, a performing arts conservatory at the University of Hartford. She also holds a graduate degree from Syracuse University’s Newhouse School. After graduation, she moved to New York City, spending ten years living in Manhattan, singing and working as a theater actress.

Then she married Chuck Tatham and her whole life changed. Her husband is a successful television writer, so the couple moved to Los Angeles for his work. Tatham says, “After living in New York for many years, I really wanted a change, though I didn’t think I would wind up in L.A. But once I got here, I found my musical home.

The musicians were fabulous, and the club scene was really thriving back then. My first L.A. gig was at the old Cinegrill, in The Hollywood Roosevelt Hotel. Soon I was playing The Baked Potato and Spazio, and driving out to the Desert for gigs. I happen to live nearby where Herb Alpert was building his Vibrato Grill and Jazz. I can’t believe I had the nerve, but I actually walked up to him one day when he was there checking on construction, and gave him a copy of my first CD. I began playing there almost from the day it opened!”

The songs Tatham selected for “The Rings of Saturn" are not your usual fare. The CD comprises lesser-done jazz tunes as well as one original, “Catch Me If You Can,” composed by Eli Brueggemann with whom Tatham worked before he became the current musical director for Saturday Night Live. Lyrics are by Mark Winkler. Winkler, a popular vocalist and songwriter, produced both this CD and Out of My Dreams and also brought the title tune to Tatham. “The Rings of Saturn,” a Latin-inflected number with a very modern feel, was written by Bill Gable, who’s known for his ability to combine exotic musical elements. That tune also features the guitar work of Marcel Camargo, the Brazilian guitarist and composer. Camargo, who also appeared on Out of My Dreams, has most recently been playing guitar and singing back-up for Michael Bublé. Together, he and Tatham arranged Jobim’s “Jazz ‘n Samba” as a swinging duet for voice and guitar. Camargo and Tatham also perform a soli together on a sexy, wistful version of Jobim’s “If You Never Come to Me.”

There’s no shortage of top-shelf musicians in Southern California, and Tatham brought on board some of the best. Max Haymer, who has recently been touring with Arturo Sandoval, plays piano and arranged most of the tunes. Tatham has known Haymer for many years, ever since he was a very young man and gave piano lessons to her sons. Tatham considers him almost part of the family.

Michael Franks’ song, “Summer In New York,” evokes memories of the Big Apple. It features the unique sound of guitarist Larry Koonse, one of the most respected musicians in LA. The CD also features woodwinds virtuoso Bob Sheppard and trumpet master Brian Swartz, both of whom have national reputations and extensive recording and performing credits. The rhythm section is rounded out with the talents of Dan Schnelle on drums, Lyman Medeiros on bass, and Kevin Winard on percussion— all mainstays on the Los Angeles jazz scene.

From standards “Love Me or Leave Me” and “It Could Happen to You,” to re-imagined pop tunes like Todd Rundgren’s “Can We Still be Friends” and Phoebe Snow’s “Poetry Man,” to a musical theater classic like “Anyone Can Whistle” by Stephen Sondheim, a notoriously difficult composer to sing in a jazz idiom, The Rings of Saturn is an eclectic project that showcases Tatham’s musicianship, beautiful voice and aptitude for lyric interpretation. She is a performer unafraid to take risks. Her perfect diction and nuanced readings, combined with a flexible voice that is by turns gentle and inviting and then throaty and robust, demonstrates an artist in full control of her diverse material.