SOURCE: ALL ABOUT JAZZ PUBLICITY
July 18, 2008
Sign in to view read count 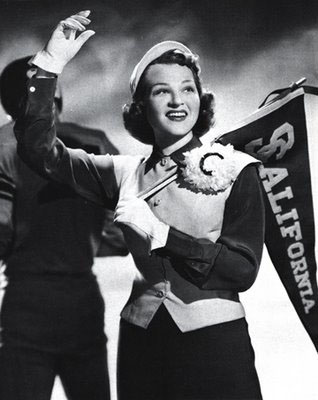 slideshow
Jo Stafford, 90, an exceptionally versatile singer who worked with Frank Sinatra, Tommy Dorsey and the Pied Pipers and shared a Grammy Award with her conductor-husband for their parody of a tone-deaf lounge act, died July 16 at her home in Century City, Calif. She had congestive heart failure.

Singer Judy Collins once said Ms. Stafford's poignant interpretation of folk ballads was pivotal to her own career in folk music. Although she made several acclaimed folk recordings, Ms. Stafford was mostly known as a pop vocalist with a warm, clean voice that music critic Terry Teachout called “rhythmically fluid without ever sounding self-consciously 'jazzy.' “ From 1944 to 1954, Ms. Stafford placed nearly 75 songs in the pop charts as a solo entertainer. She was especially well-regarded for her versions of pop ballads including “ You Belong to Me," “ Make Love to Me," “ Autumn Leaves" and “All the Things You Are."

A lifelong mischievous streak also led her to make cornball novelties of the day, from a mock hillbilly version of “ Temptation,," which she pronounced “Tim-tayshun," to hits such as “ Shrimp Boats" and “ Jambalaya."