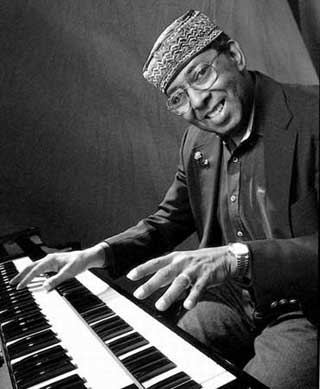 slideshow
Jimmy McGriff, the acclaimed blues organist, who scored his first hit in the 1960s with an instrumental arrangement of “I've Got a Woman," then continued to record hard-swinging grooves that appealed to audiences across musical boundaries, died Saturday at a nursing home in New Jersey. He was 72.

The cause of death was not known but was believed to be heart failure, said his wife, Margaret McGriff. McGriff was diagnosed with multiple sclerosis many years ago.

Though sometimes described as a jazz organist, McGriff considered himself a bluesman; the blues was what he felt when he played and what distinguished his music from other greats of the organ.

“Jimmy Smith is the jazz king on the organ, but when it comes to blues, I can do things where he can't touch me," McGriff once said.

In a 2000 Times article, jazz writer Don Heckman described McGriff's concert performance with saxophonist Hank Crawford and others as “an impressive display of the depth and power of the blues."

McGriff's “rich-textured organ timbres" created “a roiling undercurrent of rhythm." Heckman wrote. “At climactic points they gathered to generate tsunami-like waves of energy before breaking off into sudden, dramatic moments of silence."