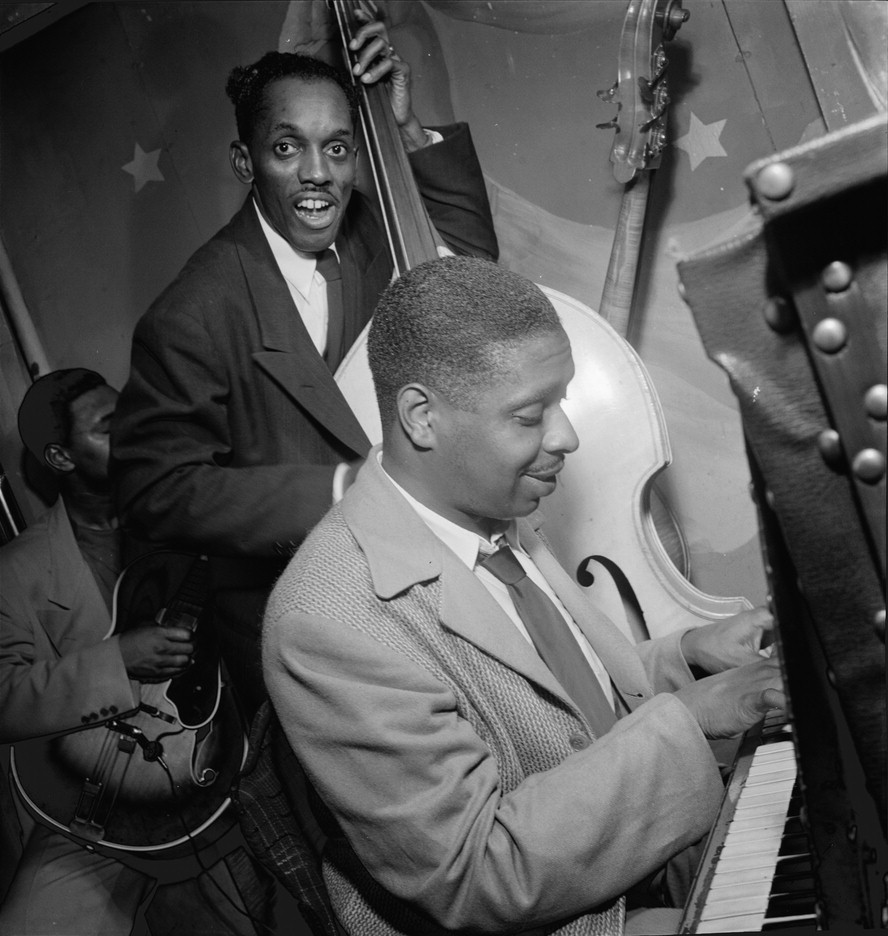 slideshow
Jimmy Jones was an in-demand arranger and pianist throughout the 1950s and '60s, working with most leading jazz vocalists and soloists of the era. If you go into Tom Lord's Jazz Discography, you'll find Jones on 307 sessions. But if you modify your search, screened just for Jones's leadership dates, you'll find that the number is dramatically reduced to eight. In truth, there were only seven, since the tracks for Atlantic in 1957 were never issued.

Among these seven, the only trio session packaged as a six-song 10-inch album was Jimmy Jones Trio. Jones recorded the LP for the French Vogue labelin October 1954 in Paris. The only explanations for Jones recording just one trio album over the course of his career is that he was too busy or he was under contract as an arranger or accompanist to other artists. It's hard to imagine that not one producer had the bright idea to record Jones in a trio setting.

What I love about Jones here is the drama and intensity of his elegance. His chord phrasings are thick, often executed with block chords. What he lacked in the way of extensive right-hand, single-line improvisation he made up for with a percussive grace. I'm just glad we have at least one complete trio date. Jimmy Jones died in 1982.

JazzWax clips: Fortunately, YouTube has three of the Paris clips up. Here's Just Squeeze Me...