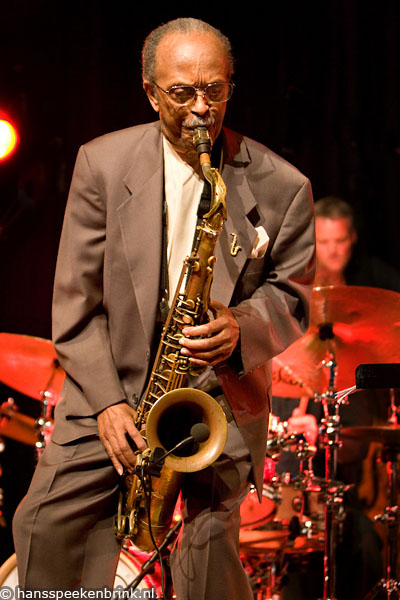 slideshow
Usdan Center for the Creative and Performing Arts, the Long Island summer arts day camp whose alumni include Natalie Portman, Seth Rudetsky, Mariah Carey and many other stars, is presenting its Festival Concerts for the season. These are a special feature of the Center: private, on-site daily educational performances by distinguished artists for students in Usdan's 1,000-seat McKinley Ampitheater. Many of the artists will also teach workshops and master classes during the season.

Jazz artists this year include:

Usdan's daily concerts are presented every weekday at the Center's 1,000-seat McKinley Amphitheater. Concerts are presented at 12:00 Noon, and again at 12:30 PM. The artist concerts expose Usdan students to the best of music, dance and theater while they are pursuing their studies in these fields. After several weeks of attending these artist performances, students take over and perform onstage themselves. In addition, there are on-site exhibits displaying the work of visual arts students.

Usdan Center for the Creative and Performing Arts (www.usdan.com), is the nation's premier not-for-profit summer arts day camp. Usdan, now entering its 44th season, has been declared a “Best Of" camp TimeOutNY/Kids, and by NY Metro Parents, and Long Island Press. Usdan is open to all young people from age 6 to 18, and no audition is needed for most programs. Admission to Usdan is based on an expression of interest in the arts. The Center is situated on a 200-acre woodland campus in Huntington, Long Island, to which 1,600 students travel each day on buses that depart from neighborhoods throughout the New York metropolitan area. Although Usdan's mission is for every child to establish a skill-based relationship with the arts, the unique inspiration of the Center has caused many to go on to professional careers. Usdan's 60,000 alumni include actors Natalie Portman and Lisa Gay Hamilton, singers Jane Monheit and Mariah Carey, Broadway playwright Michele Lowe, Grammy-Award winning producer Adam Abeshouse, Juilliard Pre-College Orchestra conductor Adam Glaser, and members of major American orchestras, dance, and theater companies. A special feature of each student's program is the Center's series of Festival Concerts, daily educational performances by distinguished artists. Some of those who have appeared and taught at Usdan include James Galway, Yo-Yo Ma, Canadian Brass, jazz artists Jimmy Heath, Jon Faddis, Clark Terry, the Tokyo String Quartet, the Limon Dance Company, members of the New York City Ballet, Metropolitan Opera soprano Monica Yunus, and Cady Huffman and other stars of Broadway shows.

Usdan's Long Island campus includes 70 award-winning studios and theaters, each providing an inspiring collaboration with the Center's magnificent woodland. Usdan is a beneficiary agency of UJA-Federation of New York, and the Center is chartered by the Regents of the State of New York.

FESTIVAL CONCERTS SCHEDULE
(On dates not included below, Usdan students will perform)