SOURCE: ALL ABOUT JAZZ
September 5, 2008
Sign in to view read count 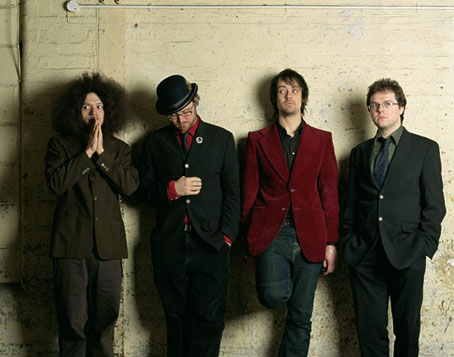 They've broadened their palette quite a bit since then, not least their keys player Tom Cawley. His second album with side project Curios, Closer (Impure), shows off his improvising skills to dazzling effect, especially on the intricately dynamic Bradford, named for fellow pianist Brad Mehldau. There's great interplay with bassist Sam Burgess and drummer Joshua Blackmore, too - no wonder they picked up the Best Band accolade at the 2008 BBC Jazz Awards.

This year's Best Album Title Award, if such a thing existed, would surely go to Twelves Trio's Here Comes The Woodman With His Splintered Soul (1965 Records). The group's members - Riaan Vosloo (bass), Tim Giles (drums) and Mark Hanslip (tenor) - all live in Walthamstow, east London, which may well be the capital's new jazz headquarters. There's some distinguished motif-writing here: dig the descending sax theme that launches Angel on its sensuous voyage of discovery. It's clever, eclectic stuff; Mingus, hip hop and folk are all named as influences but, crucially, it's also got a bit of soul.