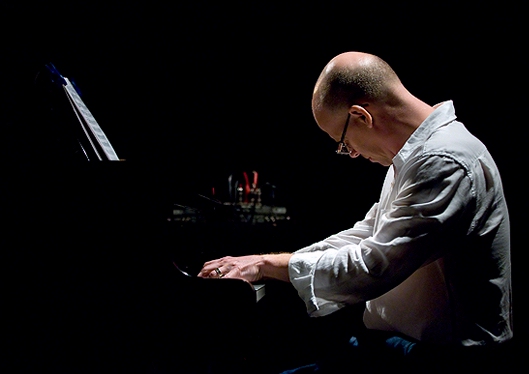 Jazz Bridge, the Philadelphia-based non-profit organization dedicated to assisting area jazz and blues musicians in need, is presenting these astounding artists in concert on October 18th at the Arch Street Friends Meeting House on 4th and Arch Street in Philadelphia. This is Jazz Bridge's season opener at the Olde City venue, and tickets are $10, $5 for students, and are available only at the door. Show time is 7:30. Information: 610-745-3011.

Ridl and Terrell Stafford are recognized as two of the finest players on their respective instruments on the planet. And this match-up promises to be incredible. Appearing with the two are bassist John Benitez and drummer Donald Edwards.

The group will be performing selections from Ridl's new, critically acclaimed CD, “Blue Corn Enchilada Dreams." In a rave review of this project, Victor L. Schermer of AllAboutJazz.com described Ridl as “an acknowledged master." And of Terell Stafford, piano legend McCoy Tyner said, “He's one of the great players of our time."

Ridl, who spends a good deal of time in New York, is a pianist, arranger, composer, recording artist and teacher who is currently a member of Dave Leibman's big band, has recorded extensively with baritone saxophonist/flutist Denis DiBlasio and received a good deal of visibility and critical kudos via his touring and recording with Philadelphia guitar master Pat Martino. The list of those with whom he's toured and recorded is staggering.

Terell Stafford has been playing trumpet since his early teens, was mentored by Wynton Marsalis, and while still a student at Rutgers, played with Bobby Watson's “Horizons." He later joined Tyner's “Latin All-Star Band," which led to stints with Benny Golson, Jon Faddis, the Grammy-winning Vanguard Jazz Orchestra and many others. He also serves as Director of Jazz Studies and Chair of Instrumental Studies at Temple University.