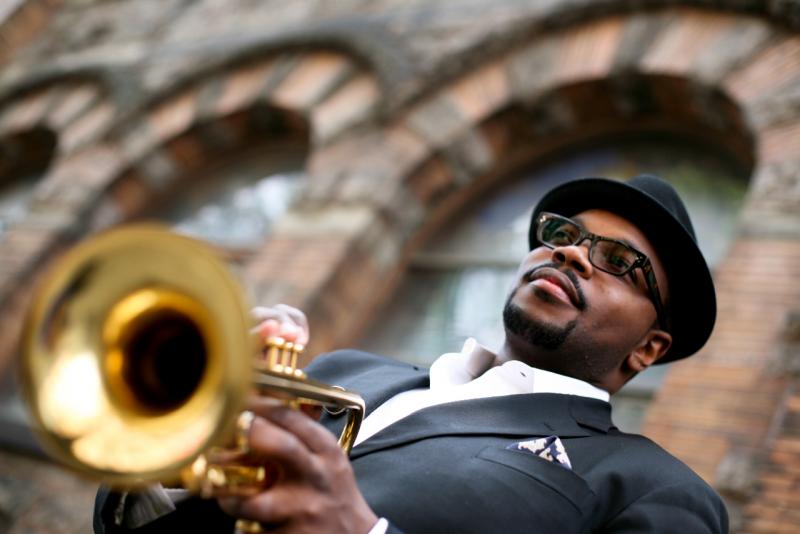 Trumpeter/composer/performance artist Stephanie Richards has composed an original fanfare dedicated to Armstrong and International Jazz Day, which she will perform at the event with fellow trumpeters Pelt, David Weiss and Igmar Thomas.

The Listening Session & Lecture will feature the public premier of highlights from beloved trumpeter and entertainer Armstrong's performance at a fabled although short-lived Bronx amusement park in 1961. Freedomland was an 85-acre park billed as the “World's Largest Entertainment Center," boasting more than 63,000 guests for its opening day in 1960. Armstrong's recordings, recently donated to the Museum by the son of Freedomland sound engineer Peter Denis, have never been circulated or issued, and are not listed in jazz discographies.

Ricky Riccardi, the Museum's archivist and the author of What a Wonderful World: The Magic of Louis Armstrong's Later Years, will present and interpret Armstrong's recordings, along with Dan Morgenstern, recently retired Director of the Institute of Jazz Studies at Rutgers University and recipient of the JJA's Lifetime Achievement in Jazz Journalism Award. Mr. Morgenstern, a historian and archivist, author, editor, educator and host of the WBGO radio show “Jazz From The Archives," has been active in the jazz field since 1958. A prolific annotator of record albums, he has won seven Grammy Awards for Best Album Notes, from 1973 to 2009. He received ASCAP's Deems Taylor Award for his books Jazz People in 1977 and in 2005 for Living with Jazz. In 2007, Dan Morgenstern was recognized as a Jazz Master by the National Endowment for the Arts, the nation's highest honor for activities related to jazz.

Following the presentation, the Jazz Journalists Association will toast Armstrong at a special soul food reception to mark the finale of its JazzApril media campaign in support of Jazz Appreciation Month, International Jazz Day and grassroots jazz activism in the U.S. and beyond.

Due to increased audience demand, the Louis Armstrong at Freedomland: Never Before Heard Recordings of an American Icon, a Listening Session & Lecture has been relocated to the Langston Hughes Community Library and Cultural Center located at 10001 Northern Boulevard, Corona, NY 11368, from its originally scheduled site at the Louis Armstrong House Museum (also in Corona). The program begins at 2:00 pm.