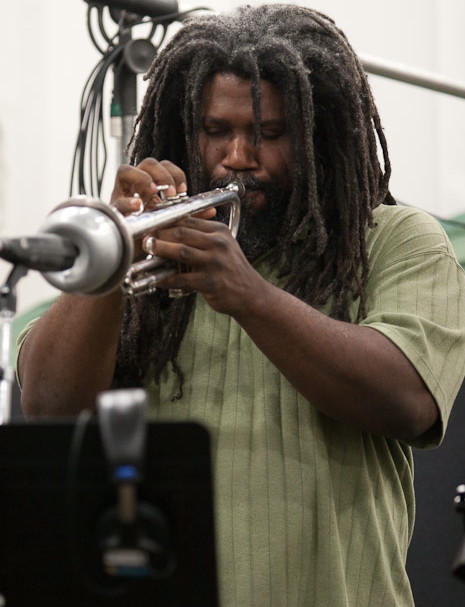 Austin - In the tradition of Miles Davis, jazz trumpeter Jeff Lofton expands his sound and takes on a new challenge with his side project, the Jeff Lofton Electric Thang, presenting Miles Davis' Bitches Brew at Lamberts, 401 W. 2nd Street, Friday, July 2 at 9:30 p.m. Cover is $7.00.

For recent shows at Antone's, Momo's and the Ghost Room, Lofton described the group as, “...trumpet meets electric guitar in a jazz-funk fusion Miles-ian extravaganza - a collaboration of musicians creating a free form funk-fusion ensemble whose purpose is to recreate and expand on the Miles Davis fusion of the 1970s and 1980s."

The 1970 landmark album Bitches Brew was Davis' first gold record, and is considered to have changed jazz and strongly influenced rock and funk music. The 40-year-anniversary is being widely celebrated from special reissues of the double album in August, to a tribute beer created by Delaware's Dogfish Head Craft Brewery.