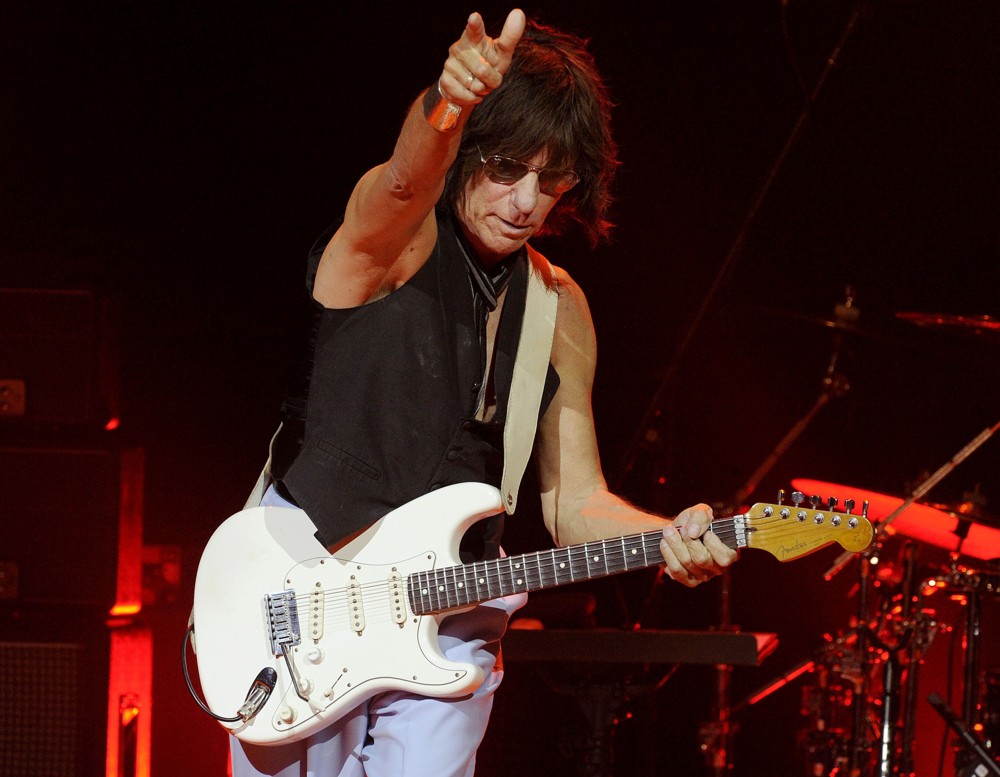 slideshow
Jeff Beck is 70 years old. Most people that age are in a nursing home... Jeff is center stage with a white Stratocaster ripping through yet another tour de force of rock royalty. Foxwoods Casino in Mashantucket, Connecticut (August 31, 2014) provided the battleground for perhaps the greatest living rock guitarist on this planet.

The tour was to include ZZ Top, but they cancelled as bassist Dusty Hill injured his hip on the tour bus a couple of days earlier. In a press release, Beck said “While we are very disappointed to not continue this tour with ZZ Top, our thoughts and best wishes are for Dusty to have a speedy recovery.” The headlines read: ZZ Top Cancels —Jeff Beck Soldiers On!”

With jet-black hair (ok, maybe he cheats), rock star muscle tone and a presence that is unmistakably Jeff Beck—he struts on stage with a confident smile and squeezes sounds out of his guitar that leaves the most seasoned veterans speechless... in awe.

Tonight, Jeff opened with some instrumental numbers and then brought on Hall who launched into “Morning Dew” (from Beck’s first album Truth) and a captivating version of Sam Cooke’s “A Change Is Gonna Come.” Beautiful.

Every guitarist in the audience had their eyes fixed on the Jumbotron, trying to figure out what the hell Jeff Beck does to make the sounds that he does. A Master. A Rock Legend. He just keeps getting better and better.

Sexy bassist Rhonda Smith lays down the funk groove for “Stratus” and at times brings out an upright bass, complete with bow, for the orchestral pieces that Jeff features on his release Emotion and Commotion. Beck is known for his power drummers and Jonathan Joseph fits right in, pounding with precision ala Billy Cobham. The second guitarist, Nicolas Meier, filled in the accompanying parts nicely and at times took the spotlight with beautiful solos. Together, this band is tight, rehearsed and a funky well-oiled machine.

Highlights included “Goodbye Pork Pie Hat”, “Little Wing” and “Superstitious.” But the standing ovation encore took the cake, as the band returned to the stage to the bluesy juggernaut “Rollin’ and Tumblin’”, then jammed into “Goin’ Down”—which Jeff tore up!! Finally, young Texas guitar slinger Tyler Bryant (who opened the show with an acoustic solo set) came out with his electric guitar and traded licks with Jeff on a rousing version of “Wild Thing”! Old school, loud and in your face!!

Jeff, who rarely speaks at his concerts, humbly gave his thanks saying, “We hope Dusty gets better soon and thanks for coming out anyway...” Anyway?!! We came to see Jeff Beck in all his glory. The man shows no signs of slowing down. Turn it up!! As they say; “If it’s too loud... you’re too old!"