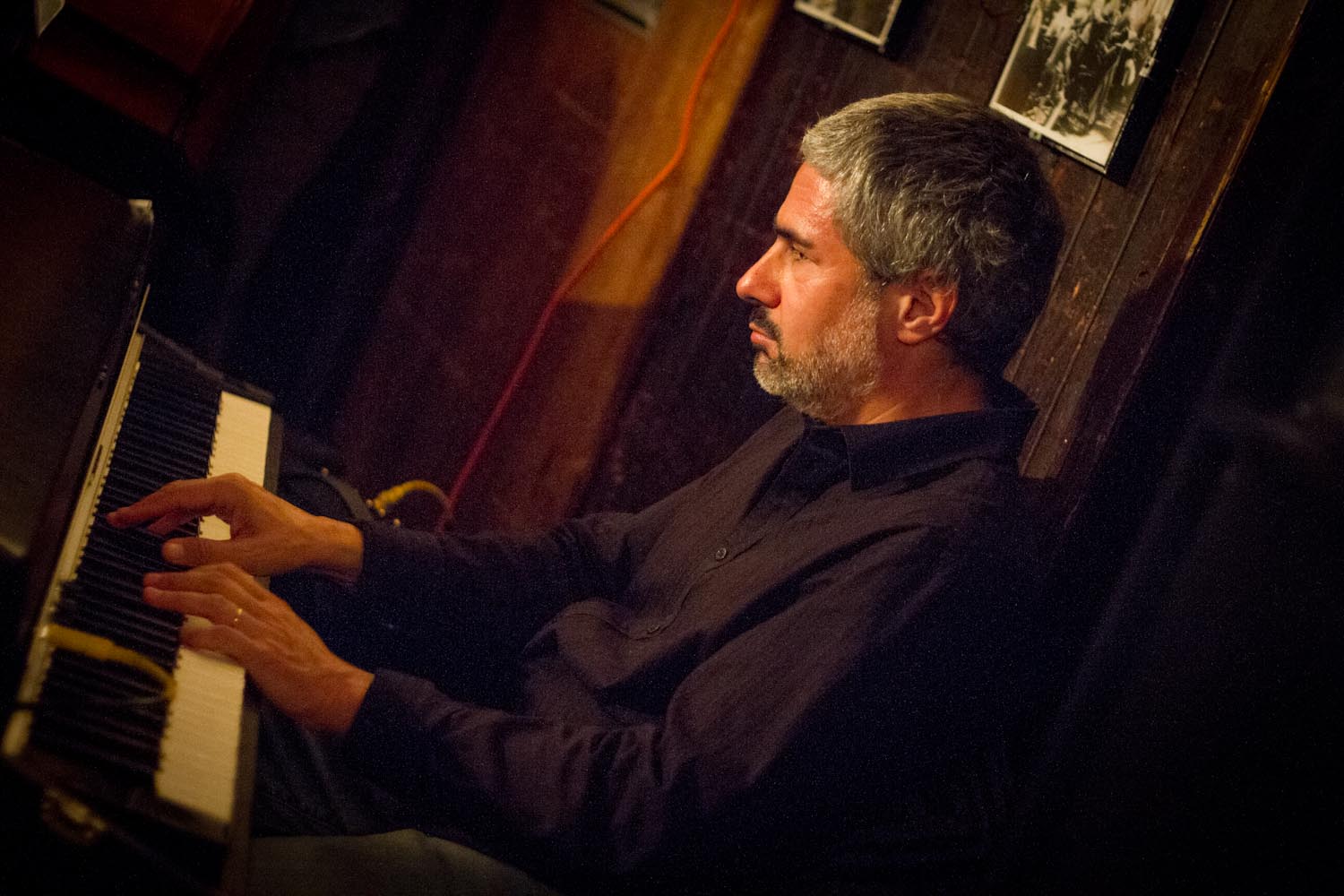 “a musical genius at work." -Eric Brace, The Washington Post

“Mr Pilc seems to have dropped from the sky fully formed, with technique and his ideas in place. He is a physical and densely harmonic player, a splashy stunner who also has a Rubik's-cube mind for chord substitutions." -Ben Ratliff, New York Times

Jean-Michel moved to New York City in 1995. There, he formed a trio with Franois Moutin (bass) and Ari Hoenig (drums). They recorded a one-week engagement at the legendary jazz club Sweet Basil and, in 2000, released two CDs - The Jean-Michel Pilc Trio - Together - Live at Sweet Basil, NYC - Vol. 1 & 2 (A-Records). Pilc then signed a record deal with Dreyfus Jazz. Pilc's first album for Dreyfus, Welcome Home (featuring the same trio), was released in 2002. Pilc's next recording for Dreyfus, Cardinal Points was released the following year. It featured Jean-Michel's extended work Trio Sonata, which was created with generous support from Chamber Music America's New Works: Creation and Presentation Program, funded by the Doris Duke Charitable Foundation. In 2004, Jean-Michel released his first solo album, Follow Me (Dreyfus). The Jean-Michel Pilc Trio then recorded Live at Iridium, NYC, in 2004 and New Dreams in 2006, both for Dreyfus Jazz. In the last decade, Jean-Michel has been intensively touring worldwide, performing trio, solo, and also teaching clinics and master classes.

In 2006, Jean-Michel was appointed jazz educator at NYU (New York University), where he is involved in private lessons (piano and other instruments), ensemble classes and improvisation workshops. He's also teaching for the New School & Le Moyne College in Syracuse, NY, as well as privately. In 2009 Pilc received his second New Works: Creation and Presentation Grant from Chamber Music America. His new project has been the writing and performance of “Modern Lights" - a composition reflecting Charlie Chaplin's work, and the inspiration Pilc has gained from his movies. The project was premiered at the Caramoor Jazz Festival in August of 2009.

Recently “Jean-Michel Pilc - A Portrait" -a film by John McCormick about Jean-Michel has been released in the US in 2009. In 2010-2011 Jean-Michel will be touring with his new trio featuring bassist Boris Kozlov and drummer Billy Hart in celebration of the new release “True Story." Pilc is also currently working on a pedagogical book about jazz and improvisation.

As if Pilc is not creating enough these days, he is also working on a new septet project titled “Big One" along with a brand new quartet project titled “Together", co-led by Jean-Michel, Franois Moutin & Ari Hoenig. His latest release is titled True Story on Dreyfus Jazz and features Pilc with Billy Hart on drums and Boris Kozlov on bass.