Jean Luc Ponty To Tour The US Summer 2018

Jean Luc Ponty is a pioneer and undisputed master of the violin in the arena of jazz and rock. 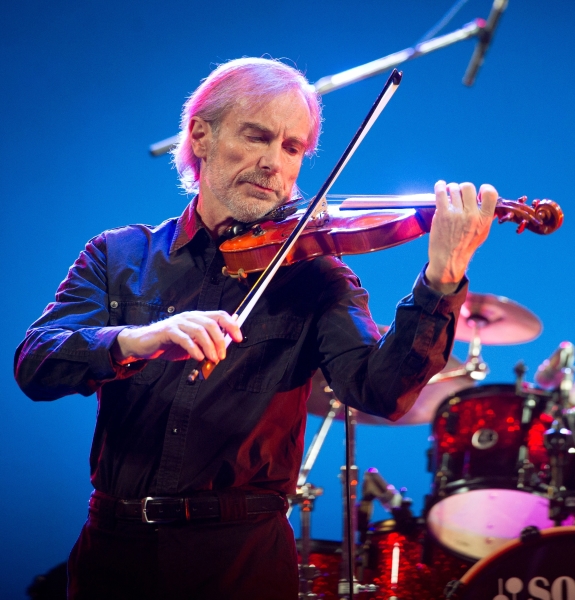 slideshow
Legendary French violinist Jean Luc Ponty and his band will be continuing their “Atlantic Years” tour in the US beginning August 2018! Jean Luc Ponty is a pioneer and undisputed master of the violin in the arena of jazz and rock. He is widely regarded as an innovator who has applied his unique visionary spin that has expanded the vocabulary of modern music.

Says Jean Luc, “We're calling it 'The Atlantic Years' tour since I am touring with my band from the late 70's- 80's with whom I recorded several albums for Atlantic Records, and we perform some classics from these early albums exclusively.”

After studying classical violin at the Paris Conservatory, Jean Luc Ponty turned to jazz in the '60s. Thanks to his revolutionary style he collaborated with some of the best European and American musicians such as Eddy Louiss, Daniel Humair, Niels Henning-Ørsted Pedersen, John Lewis, Lalo Schifrin, and Quincy Jones. He became the first bebop violinist and US jazz magazine “Down Beat” created a violin category for him in its critics' poll, until then violin was in the 'miscellaneous instruments' category. His pioneering work on the electric violin in the 70's attracted the attention of pop and rock musicians, he recorded with Elton John and participated to several tours and legendary recordings with Frank Zappa's Mothers of Invention and John McLaughlin's Mahavishnu Orchestra. In 1975 he founded his own band and became one of the most prominent figures of the jazz-fusion movement in the USA, selling millions of albums that all reached the top of the US charts. Ponty's most recent album “The Atacama Experience” is considered as one if his best and to this day Ponty keeps touring with his band around the world.

Ponty also collaborates on occasional projects such as “The Rite of Strings” with Stanley Clarke and Al Di Meola. In 2011 Ponty joined the mythical American group RETURN TO FOREVER IV with Chick Corea, Stanley Clarke, Lenny White and Frank Gambale for a world tour spanning on 5 continents.

Ponty received the 2007 Jazz Trophy in Germany, the medal of Chevalier de la Legion d'Honneur in France in 2009, the 2011 Lifetime Achievement Awards in Ireland, and the Grand Prix of the Sochi Arts Festival in 2012 in Russia from the hands of world famous classical violist and orchestra conductor Yuri Bashmet. In 2012 Ponty performed his music with Orchestre Pasdeloup for his 50-year career celebration at the Theatre du Chatelet in Paris, then again with symphony orchestras in Brazil, Russia and Hungary in 2012 and 2013.

In April 2013 Herbie Hancock invited him to perform in Istanbul at “International Jazz Day” for UNESCO. Ponty also founded a new quartet with his daughter, pianist- singer-composer Clara Ponty which performed in France and Germany in 2014. Ponty also performed with the 89 musicians of the Novosibirsk Philharmonic Orcherstra for the Siberian Christmas Festival.

In 2014 Ponty recorded an album as an acoustic trio with Stanley Clarke on double bass and Gypsy-French guitarist Bireli Lagrene, which was released on Impulse/Universal in the Fall 2015.

Jamie Glaser (guitar) is best known as the guitarist for grammy award winning musical acts, Jean Luc Ponty, Chick Corea, Bryan Adams, Gloria Trevi, Manhattan Transfer and more. His guitar can be heard on over 170 albums as well as on the biggest sitcoms of all time, Seinfeld and Married With Children. Jamie compositions can be heard weekly on CBS sports, ABC, Animal Planet, History channel, Discovery, and ESPN. His solo albums have been successful worldwide.

Rayford Griffin (drums) has been internationally respected as among the most inventive, volcanic and versatile drummers in music, having amassed stellar credits with virtuosos ranging from Jean Luc Ponty and The Stanley Clarke Band, George Duke, to Dave Koz, Anita Baker and Michael Jackson.

Wally Minko (keyboards) is a well respected and highly accomplished member of the LA music scene and has toured and recorded with some of the most well known and successful artists in the world! Some of the artists Wally has worked with include Toni Braxton, Pink, En Vogue, New Edition, Barry Manilow, Tom Jones, Arturo Sandoval, Gregg Rolie (Santana/Journey), Eddie Money and the Anderson Ponty Band, featuring legendary Yes vocalist, Jon Anderson and world renowned jazz violinist, Jean Luc Ponty.