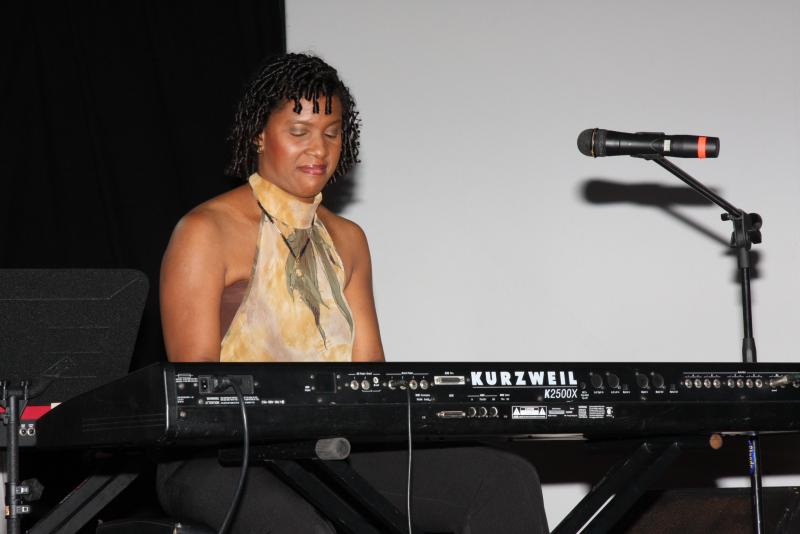 The jazz genre appears to lure and engage more musicians that are academics than any other genres, at least of popular music. Recently the United States (US) National Endowment for the Arts (NEA) released survey results suggesting that jazz musicians are largely male, middle-aged and well-educated.

“The study shows that jazz musicians tend to be male and well educated, with about 45 per cent holding a bachelor's degree or higher," says the NEA. And, likewise, many women in jazz have similarly come from the crest of academia.

Among the men are pianist Mark Kramer, self-taught and prodigiously gifted. He achieved many milestones in the field of jazz while working both as a medical doctor and as the head of psychopharmacology at Merck Research Laboratories and as an invited lecturer at Rutgers. Dr. Claudius Conrad, a third-year surgical resident at Harvard Medical School, who holds doctorates in stem cell biology and music philosophy, is a jazz pianist who has researched the intertwine between music and medicine.

Closer home, Jamaican jazz pianist Dr. Kathy Brown is a medical doctor, 'Jamerican' saxophonist Dr. Phillip Martin is a 2008 graduate of Harvard School of Dentistry, and Dr. YolanDa Brown, born to Jamaican parents in east London, completed a PhD in management science at the University of Kent. All three jazz musicians have successfully straddled the academics while pursuing a professional career in music.

YolanDa, styled as a jazz urban contemporary saxophonist and composer, told The Sunday Gleaner that she started seeing music as a career just four years ago, at age 22, after she was invited by the Jamaican High Commission to play at an event celebrating the achievements of youths.

“Even though I had performed solo on many occasions, I believe it was the first time (that) I was treated as an artiste and I loved the idea of traveling and making music worldwide," she said.

Most Jamaican parents, however, do not necessarily dance when a child with academic potential impetuously announces his or her desire to embark on a professional career in music. Kathy Brown blatantly made such an announcement.

“In 1985, I told my parents that I wanted to go and meet a band in Ocho Rios, maybe rehearse with them on that same day and possibly perform that night. Crazy, I know, but true," she stated. “I was not even playing jazz then but I knew a lot of love/soul songs that I had learnt on my own. My only band experience then was with the high school band.

“Yes, there was parental resistance for a long time. Now there is less resistance but deep down I think my parents fear that I stop my medical practice, which of course I have no problem doing once I get the right break and I am too busy to practice," added Dr Kathy Brown, who released her debut album Mission: A Musical Journey in 2007.

“I am a practical person," she told The Sunday Gleaner. “I believe if you have 10 talents, you should use them all and not limit yourself to one for the sake of society. As a medic, when I am with my patients it's all about them. As a musician, when I am performing, composing or arranging music, it's all about the music. If going on a tour means taking off from medicine for a while, then it's done."

Towards the end of dental school was when Phillip 'Doc' Martin thought of music as little more than a moonlighting job.

“The stage I thought that I would take music seriously was the day I decided I would make my first album. That took a lot of money, courage and dedication. I had no idea what was going to happen but I did it," said Dr Martin, who appeared last year at Jazz on the Green.

YolanDa Brown's parents never resisted her musical overtures. “My parents, family and friends have supported me 100 per cent on my chosen career paths. Maybe that is why I could never choose between music and academia. My parents have taken a keen interest in my studies and music and are always checking in to make sure the balance is right."

She proffers that “the mix between music and studies has always been there and throughout childhood my parents have always supported extra-curricular activities and continue to do so through university."

Admittedly, music paid her well and financed her doctoral studies.

Dr. Martin's parents were only apprised of his musical intent after dental school.

“I actually graduated in May 2008 with my degree in dental surgery. Until then, my parents had never seen me performing as a solo artiste, only with tracks at weddings. I don't think that they realised that I really could play. Even so, they still didn't say much about my playing the saxophone that weekend but only commented on my dental achievements."

Martin is certain that they would not have supported any intention to pursue a career in popular music.

“Being from a Jamaican family where education is number one over all things in life, I had to engage myself in deep study to make my parents accept me. They see music as hard living and poor life. But yes, if music had a high standard of living, I would have totally chosen that path from the beginning."

Now that they are all involved professionally as musicians and have firsthand experience of the difficulties and disappointments of the music business, would they have chosen differently?

YolanDa Brown, described in Time Out magazine as a bright young saxophone talent, says she would not have chosen differently, so does Dr. Kathy Brown, who is a household name on the Jamaican jazz circuit, and Dr. Martin, who has recorded two albums: Saxappeal and Pride and Joy.