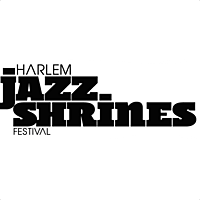 “Harlem is a dream-place where so much important cultural history has been enacted that as we explore the power of Harlem’s past we also feel its presence. Take the M60- bus along 125th, or emerge from the A-train at 125th or 145th or from the 2 or 3 train at 125th or 135th—you enter a city-within-a-city that is pulsing with vivid, live experiences. Behind these Harlem doors, some of the best music on the planet is being played.” Robert G. O’Meally, Columbia University Zora Neale Hurston Professor and Founder of Columbia University Jazz Studies

“This past July, we began celebrating 50 years of Dr. Billy Taylor’s vision, Jazzmobile. In keeping with his dedication to Jazz and community, we are delighted to continue the partnership, for the fifth year with these other important Harlem institutions, ” said Robin Bell-Stevens, Director of Jazzmobile. “As we step out of the City parks and streets of Harlem to bring the mood, music and memory of Minton’s Playhouse, Café Society, and our very own Jazzmobile, inside to the elegant Minton’s Restaurant, Ginny’s Supper Club at the Red Rooster, Alhambra, James Chapel and, with the City College Arts, Aaron Davis Hall. Our audience will swing to the legends and the hot sounds of the young performers playing America’s own music: Jazz!”

7:00 pm – Jazzmobile honors Minton’s Playhouse with Legends on the Bandstand: A Conversation on the music of “Pops” Louis Armstrong and Wycliffe Gordon with Stanley Crouch and Wycliffe Gordon. Minton’s. Two-drink minimum, appetizers available. $10.

7:00 pm - 11:00 pm – for Swing Dancers and all who “Love Jazz” Jazzmobile remembers the greats that performed on the Café Society: Uptown stage at today’s Alhambra Ballroom with the King Solomon Hicks Trio, Charenee Wade, and the George Gee 17-Piece Swing Orchestra! Alhambra. $20 food and or drink minimum. $10.

4:00 pm – 6:00 pm – Columbia University and Jazzmobile present Jazz in the Spirit: Freedom Now!, an exploration of Jazz and Gospel and the Civil Rights Movement with leading scholars Kendall Thomas, Nash Professor of Law and Director of the Center for Law and Culture; Professor of Music Kevin Fellry with special performances by Organist Akiko, vocalist Melba Joyce and a Gospel Choir. James Chapel. Free.

All General Admission $10. Schedule and Artists Subject to Change

Jazzmobile, Inc., America’s oldest not-for-profit arts organization created just for jazz, is celebrating its 50th Anniversary. Founded in 1964 by NEA Jazz Master Dr. Billy Taylor and Daphne Arnstein, Jazzmobile’s mission is to present, preserve, promote, and propagate Jazz – “America’s classical music.” Jazzmobile pioneered the concept of Jazz lecture- demonstrations and mobile Jazz performances that are presented across New York City, and continues to serve as a model for other Jazz music presentation-focused organizations around the country. Jazzmobile reaches approximately 50, 000 people in New York City each year, consisting of multi-ethnic audiences of all ages and socio-economic levels, including the disabled. To reach the largest possible audience, all of Jazzmobile’s programming is presented at no or low cost to participants. Other outreach includes instructional workshops and panels and symposia that provide a historical framework for Jazz and its significance to American culture.