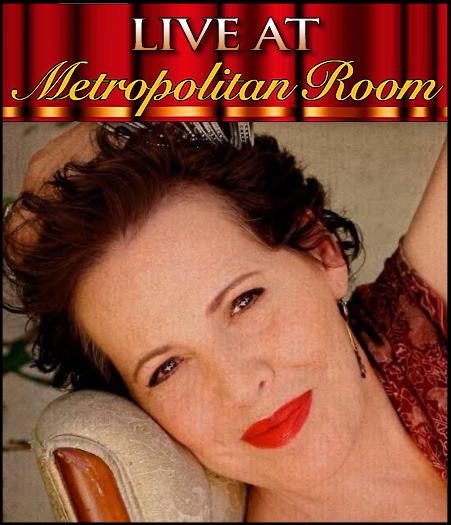 Scozzesi was lauded for her debut album A Special Taste, released in 2010 and aptly titled to reflect her spirited and soulful delivery of ten spellbinding interpretations of four standards, three contemporary songs by Bob Dylan and Jon Lucien, and three originals, including one by producer and Downbeat “Rising Male Jazz Star” Mark Winkler. The album was arranged by Saturday Night Live music director Eli Brueggemann.

Don Heckman says about Scozzesi, “The singers who have touched me the most have almost always been those who are beyond definition, who don’t fit comfortably into any one of the familiar genre slots. Even those who seem so perfectly attuned to one style or another often seem to be at their best when the usual labels lose their adhesion. Ella Fitzgerald is famous for her scat singing, yet her most persuasive moments have taken place in the subtle passages of her Songbook recordings. And even Billie Holiday, the ultimate jazz singer, could be described—just as definitively, I’d say – as a magnificent story teller with the sort of emotionally dynamic affect one associates with, say, an Edith Piaf. When I first heard the songs on A Special Taste, I sensed almost immediately that Dolores Scozzesi was also beyond definition. That what mattered to her had far less to do with the style than with the song. That—as a painting tells an artist which direction to take, as the characters in a novel can inform a writer of their hopes and desires—so, too, can a song find its own way through the voice of an intuitive, receptive singer. Those are precisely the qualities that fill every track on A Special Taste. And they do so in warm, contralto timbres that illuminate dark passions as well as bright spirits..."

Born in New York City to a Mexican father and Irish mother, Dolores has a diverse and rich cultural heritage to draw on. Her music weaves a tapestry that represents her family background as well as her passions for jazz, Latin, World music and theatre. She began her professional singing career at Budd Friedman’s Improvisation Comedy Club, as the singer who performed between comedy acts of up and coming “new talent’ including Robin Williams, Richard Belzer, Larry David and Jay Leno. During this time Scozzesi also developed and produced her own cabaret acts and appeared throughout Los Angeles in storied cabaret rooms The Rose Tattoo, The Hollywood Cinegrille, and the Gardenia, among others. Love and marriage took her to France, where she formed a band and sang traditional American blues and jazz in Lyon and Paris. Currently, Scozzesi sings throughout Southern California in jazz and cabaret rooms and is working on her follow-up CD, again with Mark Winkler at the helm.

“She meanders through a peppy bossa-fed “You Fascinate Me So”...actually the effect is more like a surprisingly enticing collision of Peggy Lee's kittenish sensuality and Lainie Kazan's intensity."—Christopher Loudon, JazzTimes

“Here’s a singer with a charmingly unique voice and approach to song. Dolores Scozzesi has an old world sound to her pitch, an Iberian lilt that gives a Mediterranean worldliness to her treatment of standards like “My One and Only Love” and Tin Pan Alley hits “When Did You Leave Heaven.” She delivers clever readings of a pair of Bob Dylan tunes, of which “One More Cup Of Coffee” has an alluring Andalusian warmth, while “Autumn Leaves” rustles like elm branches. Mark Winkler, who produced this mature disc, contributes his own “Jazz Is A Special Taste” which has Scozzesi delivering world wise lyrics with the heart of a lion. Impressive release here."—George Harris, JazzWeekly

“It’s the voice that grabs you to begin with. A rich contralto with edge, snapping from molten serenity to a predatory growl in a single phrase, and a timbre that makes you want to place your hands on the speakers just so you can capture something of its individuality. She switches easily between the ominous and the edgy. “Jazz is a Special Taste” is a stop/start exploration of the allure of the genre to which Scozzesi has loosely hitched her star.”—Piers Ford, The Art of the Torch Song