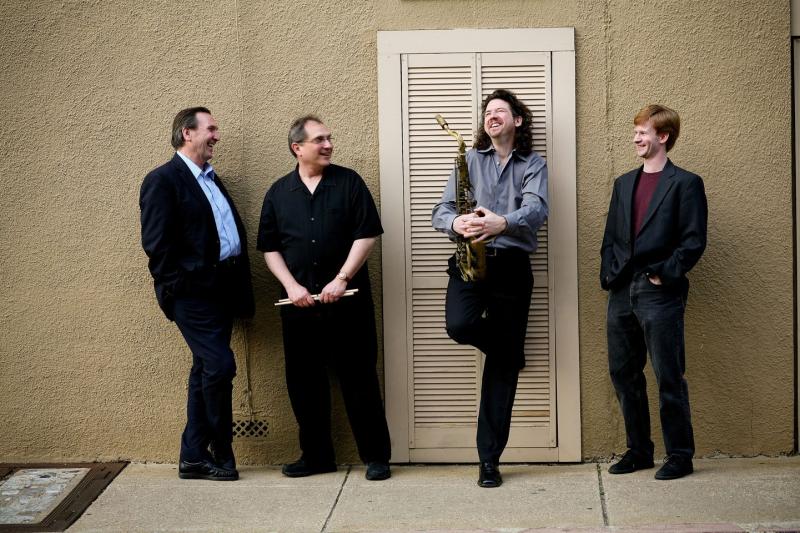 slideshow
Washington, D.C. – Riveting modern jazz and bebop quartet Jeff Antoniuk & the Jazz Update returns to Jazz Night in Southwest on Saturday, May 31 from 6:00 p.m. until 9:00 p.m. The concert is part of a popular jazz series at Westminster Church at 401-I Street in Southwest.

Washington, D.C.-based Jazz Update is known for compelling originals and beautifully executed standards that have won them praise from critics near and far. Says Doug Morrissey of MusikReviews.com, “Jeff Antoniuk and the Jazz Update have proven themselves to be a quartet to be reckoned with.” Dave Wayne of JazzReview.com called their last album, “Brotherhood, “ a boldly affirmative statement regarding the health and well being of modern jazz.” (Find reviews, interviews and music at http://www.jeffantoniuk.com.)

The band has performed in many American cities on both coasts. In this special performance, the quartet digs into the music of Mingus, Monk and Coltrane. As university music professors with deep knowledge of jazz, band members come well equipped. Bassist Tom Baldwin teaches at University of Maryland, drummer Tony Martucci holds forth at Virginia Commonwealth University and pianist Wade Beach teaches at George Mason. Antoniuk is artistic director of adult jazz education program inDepth Jazz and Maryland Summer Jazz.

The Jazz Update recorded Monk’s “Four in One” on their high charting 2007 album, Here Today. A critically acclaimed second album, Brotherhood (2010), features a unique mashup of Tadd Dameron’s “Hot House” with Monk’s “Evidence.” Not resting on their laurels, the Update continually adds new tunes to a vast repertoire. At Westminster, they’ll cover Monk’s composition “Green Chimney,” named for the preschool attended by the bebop pianist’s daughter. They’ll play it with a New Orleans “street beat” sure to get listeners moving in their seats. They’ll also offer up the slow and sassy blues entitled “Blue Monk.”

The Jazz Update has presented the music of Thelonious Monk (1917-1982) annually since developing the first theme program for Blues Alley. This is the first time they’ve paired it with compositions by Charles Mingus (1922-1979). Listeners will hear the haunting Mingus ballad “Goodbye Porkpie Hat,” written at the death of saxophone great Lester Young and later re-invented with lyrics by Joni Mitchell. “Nostalgia in Times Square” is also on the program.

Jazz Night in Southwest is presented at Westminster Church, 401-I Street, SW, Washington, D.C. 20024. Admission is $5 and available at the door only. Children are admitted free.