Jazz this week: The Bad Plus returns to Jazz at the Bistro, and more 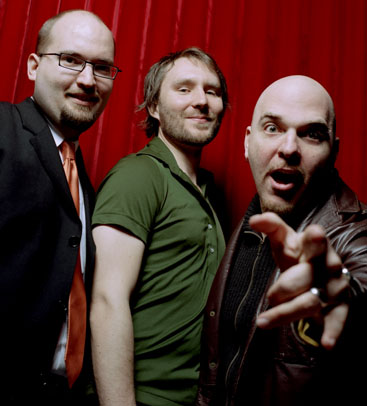 slideshow
Though this week in St. Louis brings unusually frigid temperatures along with the usual temporary post-holiday lull in touring activity, there still are some jazz and creative music performances happening around town that will reward those determined to brave the cold.

Tonight, The Bad Plus (pictured) begin a four-night engagement at Jazz at the Bistro, marking the ninth consecutive year the trio has performed at the Bistro in early January.

Since their last St. Louis appearance, TBP have released two albums: their version of Stravinsky's “The Rite of Spring," which they performed here in 2013; and Inevitable Western, another collection of original material. Expect to hear at least a few selections from the latter this weekend at the Bistro, though given The Bad Plus' popularity, tickets for the 7:30 shows are likely to be sold out, and advance reservations are a must.

Also, just yesterday Jazz St. Louis announced that in addition to the usual two sets each evening through Saturday, The Bad Plus also will play a free show at noon on Friday at the Bistro, with open seating on a first-come, first-serve basis. The fact that it's billed as part of JSL's school performance program explains the “free" part, though why the show is taking place at the Bistro (instead of at a school, as is the usual custom)  is open to speculation.

Elsewhere around town, guitarist John Farrar and the Park Avenue Trio, having recently concluded a 16-year run of mid-week gigs at Hammerstone's, are playing Wednesdays this month at Evangeline's.

As mentioned above, The Bad Plus are playing a free noontime show on Friday at Jazz at the Bistro, with seating on a first-come, first-served basis. In the evening, Sarah Jane and the Blue Notes will perform at Nathalie's; Miss Jubilee plays for dancers at the Casa Loma Ballroom; keyboardists Ptah Williams and Matt Villinger will join forces at Thurman Grill and bassist Darrell Mixon leads a trio at Cigar Inn.

Singer Joe Mancuso and guitarist Dave Black are on tap at Element, 1419 Carroll St in Soulard; vocal group Java Jived takes the stage at Tavern of Fine Arts; Wack-A-Doo plays swing and Americana at Thurman Grill; the Charlie B Trio with trumpeter Jim Manley returns to Jimmy's On The Park; and the Kranzberg Arts Center will present a Cabaret Showcase, directed by Cabaret Project St. Louis' Tim Schall and featuring performances from eight different singers.

BB's Jazz, Blues & Soups has a double-header of jazz, with drummer Montez Coleman leading a band in a late-afternoon matinee set, plus a late-night jam session led by flautist/singer Margaret Bianchetta and bassist Willem von Hombracht.

Singer Dean Christopher and his “Rat Pack & More" return to One 19 North Tapas and Wine Bar.

About The Bad Plus