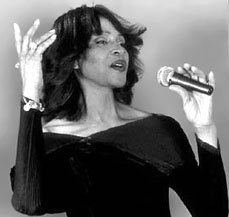 slideshow
With Valentine's Day and the annual Mardi Gras parade falling on the same Saturday this year, there's a bountiful selection of jazz and creative music performances on tap this weekend in St. Louis. Let's go to the highlights...

Guitarist Tim Fischer will lead a quartet in a free concert for the Jazz at Holmes series at Washington University; and bassist Willem von Hombracht and saxophonist Eric Schugren will duet at Thurman Grill.

Singer Erin Bode (pictured, top left) returns to Jazz at the Bistro for the first of two nights of performances, backed by an ensemble including her husband, bassist Syd Rodway, plus pianist Kara Baldus, guitarist Dave Black and drummer Mark Colenburg.

Notably absent will be multi-instrumentalist Adam Maness, a mainstay of Bode's group for a decade who in recent months has gotten increasingly busy with The 442s and other personal projects. In addition to it being Valentine's Day weekend, longtime fans of Bode no doubt will interested to hear what effects the changes to her long-running backing band will have on her sound, so reservations would seem to be a must for this one.

Elsewhere around town, Miss Jubilee plays for dancers at the Casa Loma Ballroom; saxophonist Tim Cunningham will take the stage for the first of two nights at Troy's Jazz Gallery; and percussionist Herman Semidey's Orquesta Son Montuno will bring their Latin sound to Club Viva.

Saturday, February 14 This year, although the Mardi Gras parade celebration once again will feature mostly DJs and rock cover bands, organizers have thrown a bone to the musical-authenticity contingent by booking the Funky Butt Brass Band for an early afternoon outdoor set at 9th and Geyer in Soulard. Later in the day, the FBBB will head to the Old Rock House for a split-bill show with R&B group Al Holliday and the East Side Rhythm Band.

Also on Saturday, the Friends of Scott Joplin will present pianist Dalton Ridenhour (pictured, center left), fresh from this week's ragtime festival activities in Sedalia, in a performance at the Scott Joplin House State Historic Site.

Elsewhere around town that evening, singers Liz Callaway (sister of St. Louis fave Ann Hampton Callaway) and Jason Graae will present their cabaret show “Happily Ever Laughter: A Valentine's Party" at the 560 Music Center; and singer Danita Mumphard will offer her own Valentine's Day show, “Love's Taking Over," at Orlando Gardens in Maryland Heights.

Also, Sarah Jane and the Blue Notes are playing for a “St. Valentine's/Mardi Gras Speakeasy Party" at singer Sarah Ulrich's South Broadway HQ, the Deco Fortress; and the Schlafly Tap Room will present a triple-bill of eclectic sounds featuring the Gypsy jazz of Dizzy Atmosphere, contemporary composition and improv from the Vernacular String Trio, and “folk opera" from May Day Orchestra.

Later that afternoon, Community Women Against Hardship's annual benefit concert will feature a performance from singer Mary Stallings at Jazz at the Bistro. Stallings (pictured, lower left) made several St. Louis appearances in the early 2000s while signed to the locally based MAXJAZZ label, but hasn't performed here since 2007. For this gig, the San Francisco native will be backed by pianist David Udolf plus a local rhythm section including Jeff Anderson on bass, Jerome “Scrooge" Harris on drums, and Eric Slaughter on guitar.

Also on Sunday, BB's Jazz, Blues & Soups will feature a matinee from percussionist Joe Pastor's group, plus an early evening show in which Good 4 The Soul and saxophonist Jim Stevens will offer an encore of their tribute to the music of David Sanborn.

Trumpeter Jim Manley has added another recurring weekly gig to his schedule, playing each Monday at  Momo's Greek Restaurant in University City, while the Sessions Big Band will return to BB's Jazz, Blues & Soups.

Saxophonist Christopher Braig, bassist Willem von Hombracht, guitarist Dave Black and singer Joe Mancuso will offer a “Tribute to John Coltrane" at the Tavern of Fine Arts; and the Fat Tuesday parade celebration wraps up with the Funky Butt Brass Band and zydeco ensemble The Boudin Brothers at the Broadway Oyster Bar.

Check out more events at Jazz Near You: St. Louis.