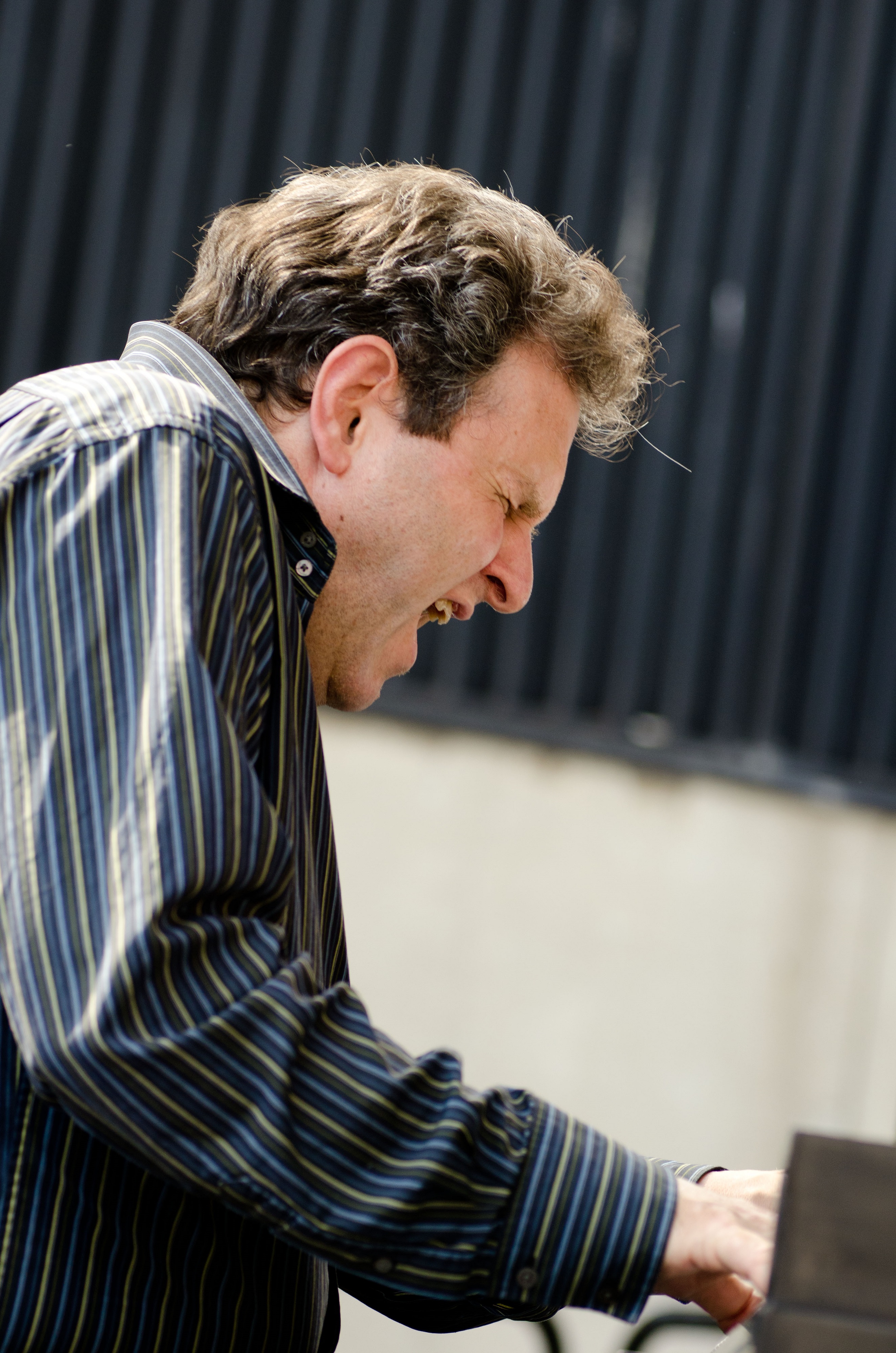 slideshow
With some relatively mild weather in the forecast and a nice variety of performances happening over the next several days, the weekend leading up to Valentine's Day should be a good time for jazz lovers in St. Louis. Let's go to the highlights...

Pianist Bruce Barth returns for the first of two nights at Jazz at the Bistro, leading a trio with bassist Dave Baron and St. Louis' own Montez Coleman on drums.

Barth is a jazz veteran who first gained wide attention nearly thirty years ago working with saxophonist Stanley Turrentine. Since then, in addition to a solo career yielding more than a dozen albums as a leader- the most recent being 2014's Daybreak- he's racked up a long list of credits accompanying well-known musicians and singers such as Terence Blanchard, Tony Bennett, Terell Stafford, Karrin Allyson, and many more.

Longtime local jazz fans will remember Barth as a fairly frequent visitor to St. Louis and the Bistro in the early 2000s, when he cut a couple of albums for the locally based label MAXJAZZ. More recently, he took part in the memorial concert in 2014 at the Bistro honoring Richard McDonnell, the late founder of MAXJAZZ, but it's been a few years since he's actually headlined here with his own band. St. Louis is the fourth of six cities that Barth, Baron and Coleman will visit on this winter mini-tour, so they should be firing on all cylinders when they get here.

Also on Thursday, the Jazz Troubadours perform at the Venice Cafe, and pianist Adam Maness and his trio continue their new weekly Thursday night residency at Thurman's in Shaw.

Singer Erin Bode will perform for the first of three Valentine's-themed nights at Jazz at the Bistro, with shows on Friday, Saturday and next Tuesday. Bode's most recent release Here and Now came out last summer, and features her interpretations of songs from writers including Irving Berlin and Frank Loesser, Rickie Lee Jones, and Gerry Rafferty. While some of that material should fit neatly into a Valentine's show, Bode likely will bereaching into her catalog of original songs as well.

Also on Friday, saxophonist Tim Cunningham will play the first of two nights this weekend at Troy's Jazz Gallery, and saxophonist Freddie Washington will lead a trio with with drummer Jon-Marc Dale and bassist Simon Evans at Cigar Inn

If you're up for a bit of a drive, you can catch saxophonist and clarinetist Victor Goines (of Wynton Marsalis and the Jazz at Lincoln Center Orchestra fame) and his quintet performing at the Cedarhurst Center for the Arts in Mt. Vernon, IL, about an hour east of St. Louis.

A bit closer to home, singer Tony Viviano will be presenting a Valentine's Day show at Patrick's Westport Grill, and Sarah Jane and the Blue Notes will be playing hot jazz, blues and swing at Venice Cafe.

Singer and St. Louis native Lynne Fiddmont will be back home from the West Coast for a matinee performance at the Sheldon Concert Hall, showcasing material from her forthcoming album Power of Love.

Also on Sunday, the Ambassadors of Swing will play at Kirkwood Station Brewing Company.

Also on Monday, Dizzy Atmosphere will serenade diners at the Shaved Duck, and Chicago-based saxophonist Shawn Maxwell and his band New Tomorrow will play at the Kranzberg Arts Center.