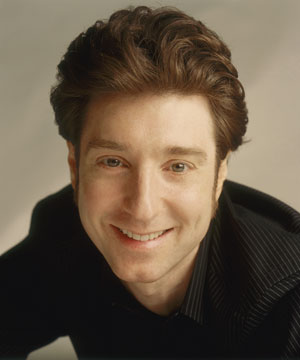 As Jazz Appreciation Month winds down and we head into May, it's another busy weekend for live jazz and creative music in St. Louis, with several touring headliners in town and a number of noteworthy events featuring local performers, too.

Pianist Benny Green returns with his trio for the first of four nights at Jazz at the Bistro, in what will be his first appearance at the club since a duo gig with guitarist Russell Malone way back in March 2006.

Now 50 years old, Green began his career during the “Young Lions" period of the 1980s, demonstrating his skills as a swinging, hard-bop/mainstream pianist with Betty Carter, Art Blakey and Freddie Hubbard before a long run in the trio of bassist Ray Brown.

Green also has recorded numerous albums leading his own trio, the latest being the forthcoming Live In Santa Cruz, which will be out next month on Sunnyside Records. Last fall, he also formalized his long-standing interest in jazz education by taking a job as an assistant professor teaching jazz and improvisation at the University of Michigan.

Also tonight, you can hear more jazz just a short walk from Bistro in the Grand Center neighborhood, both before and after Green's sets, via the weekly jam session led by bassist Bob Deboo at the Kranzberg Arts Center, and trumpeter Kasimu Taylor's weekly trio gig, with frequent sit-ins, at The Dark Room.

UPDATE, 4:50 p.m. 4/29/15 - Bob Deboo posted on Facebook and the Kranzberg Arts Center has confirmed via Twitter that tonight's jam is cancelled. No reason was specified, but Taylor's gig at The Dark Room is still on.

While the International Jazz Day festivities in Paris will get underway at 1:00 p.m. for those of us here in the USA's Central time zone, St. Louisans also will have several opportunities to celebrate that evening, starting with the presentation of a 2015 Jazz Journalists Association “Jazz Hero" Award to Don Wolff at Jazz at the Bistro, followed by a brief reception with live music from students in Jazz St. Louis' JazzU program. The event is free and open to the public.

Elsewhere around town, pianist Peter Martin's trio will be providing the musical entertainment  for the “Eleventh Annual Evening of Hope" at the Sheldon Concert Hall; and guitarists Julian Lage and Chris Eldridge, from the Americana band The Punch Brothers, will be playing as a duo at Off Broadway

Saxophonist Tim Cunningham returns to Troy's Jazz Gallery, while Miss Jubilee will be jumping, jiving and perhaps even wailing at Casa Loma Ballroom.

Singer Cecile McLorin Salvant, one of the more talked-about new jazz vocalists of the last several years, will make her St. Louis debut at the Sheldon Concert Hall.

For more about Salvant and some video samples of her live performances, see this post from last Saturday.

Also on Saturday, singer Feyza Eren will lead a quartet in concert at the Kranzberg Arts Center.

During the day, the St. Louis Record Collector and CD Show will have their bi-monthly sale/event at the American Czech Hall, 4690 Lansdowne (at Kingshighway), while the Friends of Scott Joplin will present their monthly “Ragtime Rendezvous" at the Scott Joplin House State Historic Site, 2648 Delmar (at Beaumont).

Then that evening, singer Debby Lennon and pianist Carolbeth True will be performing at Nathalie's, and the Dave Dickey Big Band's monthly show at Jazz at the Bistro will feature a “Tribute to Buddy Rich," along with an intermission performance from the Principia Upper School Jazz Band.

(For the record, trombonist and bandleader Dave Dickey has emphatically denied that the Buddy Rich tribute will include any replaying or live re-enactment of the infamous “bus tapes," so the show should be suitable for all ages.)

The Genesis Jazz Project will play a free concert at Midwest Music, 15977 Clayton Rd in Ballwin.