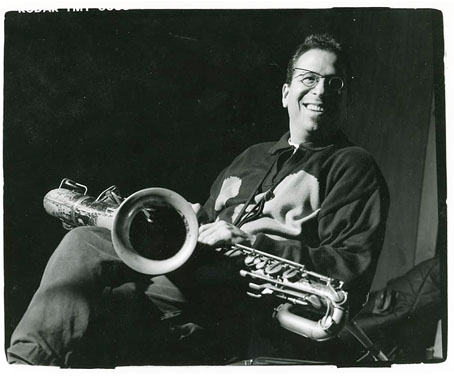 As part of its year-round commitment to ‘live’ jazz, Berkshires Jazz has scheduled a double bill on Aug. 3, featuring baritone saxophonist Gary Smulyan and pianist Noah Baerman. It will take place in the intimate setting of the backroom at Baba Louie’s Sourdough Pizza, where Berkshires Jazz has instituted a jazz series to follow Pittsfield's monthly “First Fridays Artswalks".

The guest artists will be backed by the Berkshires Jazz Duo, featuring bassist Jeff Link and drummer Peter Coombs. With Noah Baerman at piano in the first set, the trio will then perform a set with Gary Smulyan, this year's DownBeat Magazine critics poll winner.

Considered the standard bearer of his generation for the baritone saxophone, Smulyan has consistently been ranked as the Number 1 performer on his instrument in both the annual Downbeat Readers and Critics polls. He is the baritone saxophonist with the Vanguard Jazz Orchestra, and played with its previous incarnation, the Mel Lewis Big Band. He also plays baritone saxophone with the Dave Holland Big Band and Octet, and the Dizzy Gillespie All Star Big Band.

Noah Baerman has performed at the Pittsfield CityJazz Festival and as a rising talent in the Tanglewood Jazz Festival. A prolific composer, he has earned top honors from the Billboard Song Contest, the Unisong Contest, and ASCAP (“ASCAPlus Awards” every year since 2004). His long list of recordings is topped by a new solo album, Turtle Steps. He earned his bachelors and masters degrees in Jazz Studies from Rutgers University, where his mentor was Kenny Barron.

The concert ($20 for all tickets, general admission) starts at 8pm, and caps-off the downtown “First Fridays Artswalks" in Pittsfield, when some 30 venues will be featuring the paintings and other hanging art from local and regional artists.

Tickets are now on sale online at BerkshiresJazz.org. Dinner will be available earlier in the restaurant, or starting at 7pm and continuing during the music in the backroom at Baba Louie's (34 Depot St., Pittsfield).

Berkshires Jazz, Inc. is a non-profit organization whose mission is to present jazz events and encourage jazz education in Berkshire County, Massachusetts. It was formed in 2008, as an outgrowth of the Pittsfield CityJazz Festival, which remains a signature event of the Fall Foliage season in western Massachusetts.